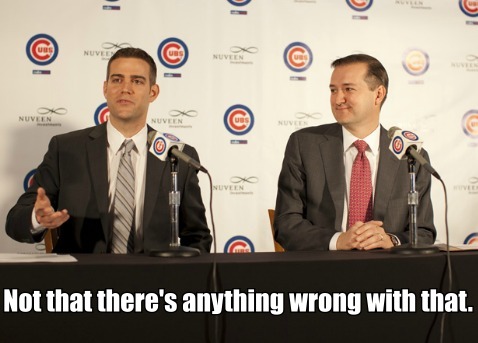 The one-year “prove it” deals handed out by Chicago Bears GM Ryan Pace last offseason came with mixed results. For what it’s worth, the best of the bunch was given to Prince Amukamara, who parlayed that into a new three-year deal with the team.

Now, the Bears are hoping that an Aaron Lynch-Vic Fangio reunion will pay dividends and keep this defense among the top-10.

Lynch was not an impact player in his final year with the 49ers. He played just 13.9 percent of the team’s defensive snaps and was a healthy scratch for several late-season games, including the team’s home finale against the Jacksonville Jaguars.

It has been a tale of two careers for Lynch. His first two seasons as an outside linebacker in a 3-4 scheme were quite productive. Lynch came up with 12.5 sacks in 30 games. Extrapolate that into a per 16-game average and the numbers project a player who can come up with a respectable seven sacks a year while playing 50-65 percent of the team’s defensive snaps. That’s pretty solid production.

The last two seasons have been major set backs for Lynch as his production has dropped off the table. Since picking up 12.5 sacks in his first 30 games, Lynch has just 2.5 sacks while missing 18 games in the last two years.

Lynch served a four-game suspension to start the 2016 season for violating the NFL’s substance-abuse policy. A calf injury sidelined Lynch for four games in 2017.

Lynch was a fourth-round draft pick by the San Francisco 49ers in 2014, where Fangio used him in the rotation of pass-rushing outside linebackers. The South Florida product (by way of transfer out of Notre Dame) came up with six sacks as a rookie. Lynch followed that up with 6.5 sacks in Year 2.

Things changed when Jim Tomsula was fired and the defensive identity moved in a different direction from the Fangio tree. Lynch’s production took a nose-dive in the last two years, which coincided with the team’s move away from using him as an pass-rushing outside linebacker and into a defensive end in a 4-3 look.

Lynch’s arrival in Chicago means he’ll return to a familiar and more comfortable role, one where he has shown flashes of being a productive rush outside linebacker. He’ll get plenty of opportunities, too, with Isaiah Irving being relatively unproven at the position and Howard Jones as a virtual unknown.

Lynch wrapped up his career with the 49ers as a healthy scratch, something that will certainly serve as a motivational chip on his shoulder:

“Not being able to play the game that you love and played for your whole time growing up … it really humbled me and made me attack things differently now. I was pretty down and out with what was going on as far as not playing as much and whatnot. Who wouldn’t be? Anybody who wants to play football is not going to be feeling too up. I was just down and out a little bit. I was frustrated. But that’s why I moved on and found a great spot with the Chicago Bears and I’m happy to start it off right.”