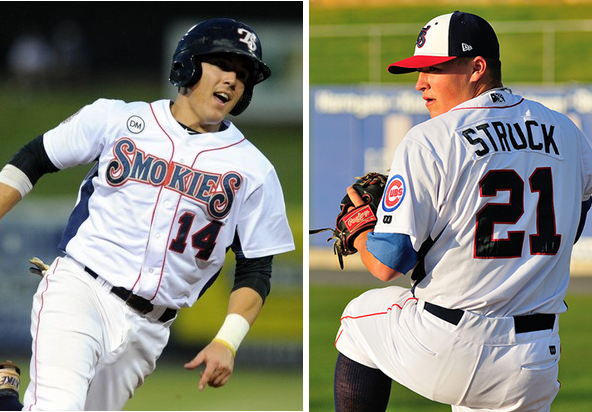 If you’re a Chicago Bears fan who isn’t old enough to remember watching them hoist the Lombardi Trophy after winning Super Bowl XX, there are some undeniable truths regarding your fandom.

Chicago football has never been synonymous with putting points on the board, so growing up, your fandom probably gravitated toward a stud defender. Maybe you found yourself fond of a running back like Neal Anderson, Raymont Harris, Anthony Thomas, Thomas Jones, or Matt Forte. But odds are you loved a stud defender (most likely it was Brian Urlacher) growing up.

Truth #2: The second most popular player in town was probably the backup quarterback.

While the Bears’ history of starting quarterbacks is mostly disappointing, the franchise’s backups have always offered up something that intrigued fans – no matter how young or old you happened to be. There was something alluring about the unknown that truly piques the interest of fandom. It’s why we love prospects and draft picks so much. It’s only natural and there is nothing wrong with it.

With that as our backdrop, here’s hoping Chase Daniel is more like 2001 Jim Miller and less like 2011 Caleb Hanie.

The Bears opened up as 4-point favorites at the Westgate Superbook in Las Vegas, but the line has since moved to 3 in the wake of the Mitch Trubisky injury news. Vegas expects the Thanksgiving lid-lifter to be a low-scoring affair, with the over/under set at 43.5.

The Bears are 98-74-5 all-time against the Lions after their Week 10 triumph ended a three-game losing streak in the series. Yippee!! Time to start a winning streak!

Trey Burton looks like a likely candidate to have a breakthrough performance on the offensive side of the ball as Chase Daniel’s security blanket. Daniel discussed how he knows Matt Nagy’s offense like the back of his hand. I assume Daniel knows the back of his hand well, which leads me to presume he knows the bread of this offense can be buttered by connecting with the tight end early and often.

Prince Amukamara was picked on by the Vikings in Week 11. Amukamara was targeted 12 times and allowed eight catches to go for 88 yards and two touchdowns. YIKES! That’s less than ideal, so it would be nice to see Amukamara get back on track against Detroit. It’s possible the Lions could send Kenny Golladay to Amukamara’s side of the formation in search of a matchup advantage, but he tends to line up on the opposite side of the formation.

Matthew Stafford is no stranger to throwing down on Thursday. This will be Stafford’s 10th Thursday start and the numbers in his previous nine outings have been decent. Stafford has completed averaged 298 yards, 2 TDs, and 1 INT, but his team has lost (5) more than they have won (4). The veteran Lions quarterback will need to channel his best efforts in order to pull off an upset.

Darius Slay is Detroit’s best corner and is always a big play away from turning the game around. Slay came away with a pair of intercepted passes thrown by Mitch Trubisky in the last time these two teams matched up at Ford Field and is probably looking forward to capitalizing on a potential Chase Daniel mistake if the opportunity arises. Slay was listed as limited in Wednesday’s practice with a knee injury and is listed as questionable, but played on 93.1 percent of the team’s defensive snaps in Sunday’s win against the Panthers. If I was a gambling man, I’d bet on Slay playing tomorrow.