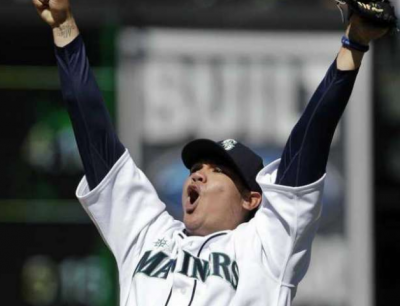 Before college football’s top prospects gear up for their pro days and appearances at the NFL Scouting Combine in Indianapolis, the Senior Bowl represented the final opportunity for players to put game tape out there for coaches, front office members, and talent evaluators to watch ahead of the 2019 NFL Draft.

So before we go too far down the line, let’s sort through what happened on Saturday.

Going through my Senior Bowl notes and this INT by Delaware S Nasir Adderley was my favorite Defensive play of the day. pic.twitter.com/MDxsQM9tm0

Chris Lindstrom and Dalton Risner we’re getting fired up with each other all week. Risner said to @BenjaminSolak “I love Lindstrom. That dude’s a Guard. He’s a GUARD!” Not sure what that means but their combo blocks are pretty #SeniorBowl: pic.twitter.com/W792Cu3tfs

Khari Willis and Jon Gruden celebrate the North winning the Senior Bowl. Willis played about 50 snaps and didn’t allow a catch while only being thrown at once. pic.twitter.com/MiyxLUT4ca

It hasn’t been a great week for Sutton Smith rushing off the edge. Dalton Risner put him on the ground during today’s practice #SeniorBowl pic.twitter.com/cDMPo9qB9a

One of the coolest things I saw at @seniorbowl was Ohio State WR Terry McLaurin uncover in 1-on1s & make catches & then explain some of his route work to DBs between reps in order to help him. Three DBs dapped him up after 1-on-1s finished. I e never seen that there before.