Minkah Fitzpatrick Reportedly Wants Out Of Miami ... Should the Bears Pursue? Skip to content 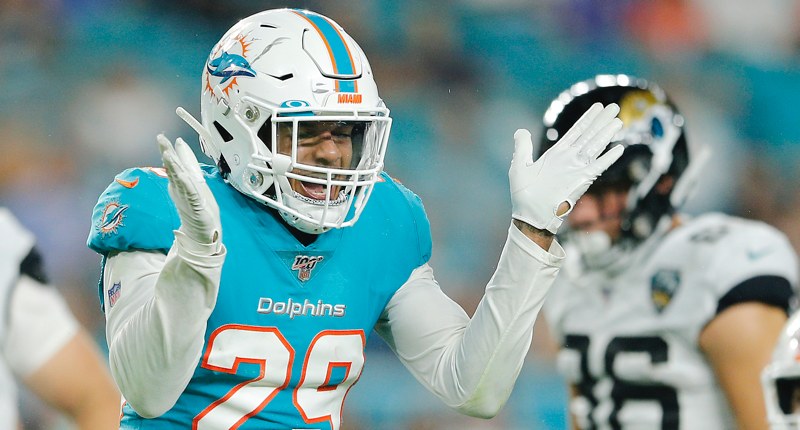 The Miami Dolphins were bludgeoned by the Baltimore Ravens in Week 1 and some players are reportedly ready to hop off the sinking ship.

ESPN’s Chris Mortensen reports the Dolphins are allowing defensive back Minkah Fitzpatrick to seek a trade out of Miami. To be clear, the team is not actively shopping Fitzpatrick. HOWEVER, the Dolphins are not denying Fitzpatrick’s representatives to reach out to other teams inquiring about his availability. And when they do reach out and connect to interested parties, the asking price is rumored to include a first-round pick.

Let us put aside Miami’s request for a moment and discuss whether the Chicago Bears should be involved in these conversations.

The Dolphins drafted Fitzpatrick with the 11th pick in the 2018 NFL Draft. And while he was selected a few spots after the Bears chose linebacker Roquan Smith, Fitzpatrick was a highly regarded draft prospect who merited serious consideration to be picked with the eighth overall pick. Fitzpatrick was Pro Football Focus’ second-highest ranked cornerback prospect in that draft and a player versatile enough to be considered a top-tier safety in that class. That is the type of versatility defensive coaches dream of when drawing up modern schemes.

It is impossible to ignore Fitzpatrick’s prospect pedigree, so let’s take a look at what we wrote when the Bears were reportedly hosting him for a visit:

“Fitzpatrick could shore up the secondary in his own way, too. The multi-positional star was a consensus All-American and first-team All-SEC performer in each of the last two seasons. He also brought home a ton of hardware, earning the Jim Thorpe Award (given to college football’s best defensive back) and Chuck Bednarik Award (which goes to the best defensive player in college football) in 2017. Fitzpatrick is an excellent pass defender with good hands, ball skills, and the ability to cover receivers and tight ends. He is a willing and able tackler who can also blitz on occasion.

Should Fitzpatrick be chosen by the Bears, he could probably step right into the lineup as the team’s premier slot corner and not be limited to being just a coverage guy. That kind of versatility is invaluable to what Fangio wants to do on defense.”

Vic Fangio is no longer leading the Bears defense, but what was written about Fitzpatrick then remains true now. And there is still some post-draft hype surrounding Fitzpatrick:

A proven evaluator before the 2018 NFL Draft said there were three near-perfect prospects: @saquon , @BigQ56 and @minkfitz_21 https://t.co/PH8VfcDYCw

When we wrote about the cornerback class as a whole, he was our preferred pick among all of the available prospects, going as far to call him a potential slam-dunk pick had the Bears chosen him at No. 8. That didn’t happen, but Fitzpatrick’s placement on the trade market is quite interesting if you consider what we have written about him in the past.

It might not look like the Bears have a need at cornerback or safety right now, but with Ha Ha Clinton-Dix on a one-year “prove it” deal, backup Deon Bush in the final year of his rookie contract, and cornerback Prince Amukamara entering his 30s, Chicago could stand to get younger and more versatile in the secondary. Unfortunately, the Bears don’t have a first-round pick they can dangle in a Fitzpatrick trade. But with a pair of seconds and a little bit of creativity, it is easy to dream on GM Ryan Pace jumping in with a splash because he has done it before. And because Pace has been unpredictable in the past, we will continue to monitor this situation until Fitzpatrick finds a new home.