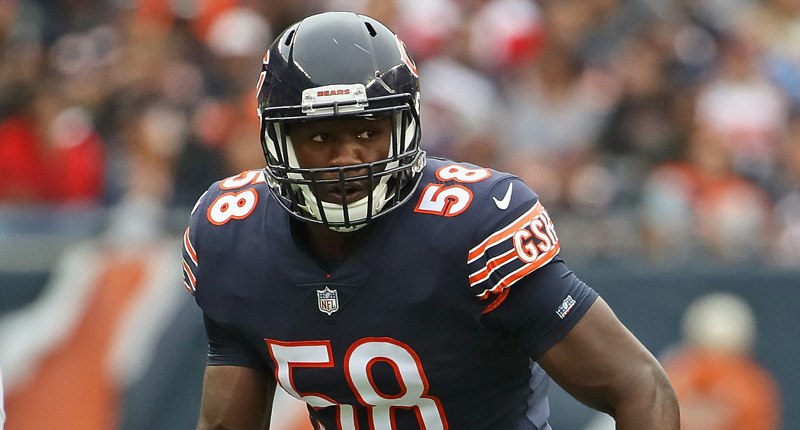 With almost no warning, Chicago Bears linebacker Roquan Smith wound up inactive for today’s game against the Minnesota Vikings.

With the scratch happening just before game time, it’s not a huge surprise we didn’t get more info than: “personal reasons.”

But if you were hoping to get some clarity from Head Coach Matt Nagy after the game, you’re going to be disappointed. The update is that it was a personal matter, and although Smith was on the sidelines for the game, the Bears aren’t even yet prepared to discuss if this is a one-game situation or a long-term matter.

Matt Nagy says Roquan Smith’s inactive today “completely a personal matter” and declines to elaborate. Won’t say if it’s anything that could extend beyond this week.

Matt Nagy won’t clarify anything on LB Roquan Smith, who missed the game as a late scratch for personal reasons and was on the sideline during the game. Asked if it’s a long-term situation or a one-game issue, he declines to say.

Folks are gonna do what they do – speculate and rumor monger – but until we know something firm on this, we’re gonna just keep our ears and eyes open. As you might expect, Smith was not available for questions after the game. Whatever is going on, I hope he and those close to him are OK.

Hopefully the matter is resolved soon and in a positive way (if that’s possible), and Smith is able to be right back in there for the trip to London this week.

To his credit, Nick Kwiatkoski filled in incredibly for Smith today, including this beaut: