We Should Know More on Mitch Trubisky's Timetable Today, But Don't Expect Him in London (UPDATE: No Surgery Needed!) Skip to content 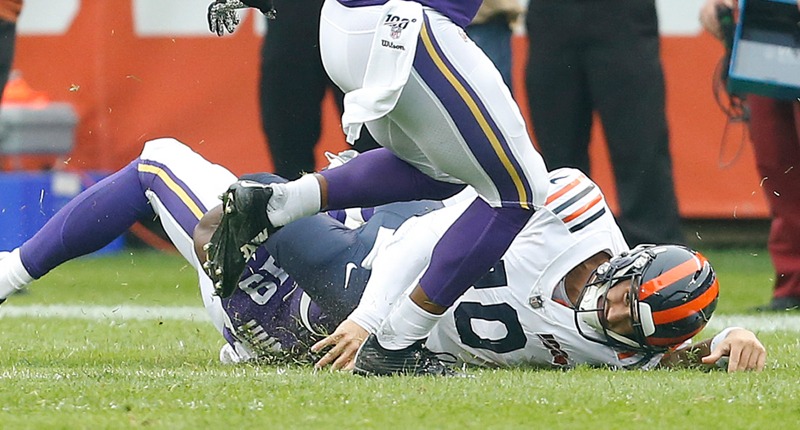 We should have a little more clarity on Mitch Trubisky’s (shoulder) timeline soon, but there is already some news regarding this week and when we can expect to know more:

#Bears QB Mitch Trubisky is having tests on his left, non-throwing shoulder as we speak, and it’s doubtful that he plays this week in London against the #Raiders. The team will learn today if he’s able to come back after the bye and what his timetable is.

The Chicago Bears quarterback is undergoing tests on his injured left shoulder on Monday, according to NFL Network insider Ian Rapoport. And with Trubisky getting a more expansive check-up after suffering the injury on the team’s first drive, Rapoport adds it is doubtful he will play against the Raiders on Sunday in London.

Backup Chase Daniel performed admirably off the bench, completing 22 of 30 passes for 195 yards, a touchdown, no interceptions, and a passer rating of 101.4. And while playing smart, efficient, and effective football while coming off the bench silenced doubts surrounding if Daniel could hold it down in a pinch, questions of how long Daniel can keep it up remain. Hence, the importance of learning the timeline for Trubisky’s return.

Not knowing the severity of the injury makes it difficult to make a guess as to when Trubisky will get back into the lineup. When Trubisky suffered an injury to his throwing shoulder against the Vikings last year, he missed just two games. The Bears were the beneficiary of a schedule in which Trubisky had 21 days between starts while Daniel took over. If this timetable mimics last year’s, then Trubisky could return as early as the team’s Week 7 showdown against the New Orleans Saints on October 20.

Based on the video of the injury, Dr. David J. Chao (an orthopedic surgeon who was once the San Diego Chargers team physician) believes Trubisky likely suffered a torn labrum in his non-throwing shoulder. That’s an injury that typically needs surgical repair, but it something Trubisky could play through if he wears a harness (much like Anthony Miller did as a rookie receiver last year). Then again, Chao notes Blaine Gabbert suffered a similar injury, was put on injured reserve, and is out for the year. In short, Trubisky’s future is still very much in the air.

With Trubisky unlikely to play on Sunday, the Bears need to dig into their quarterback contingency plans. For how long they will need those plans remains to be seen.

Initial MRI on Bears’ QB Mitchell Trubisky revealed he has a dislocated left shoulder, with a slight labrum tear, but does not need surgery and should he back “sooner rather than later”, per source. He will travel with team to London and is unlikely to play vs. Raiders.

Trubisky does have a dislocated left-shoulder with a slight labrum tear, which obviously isn’t great, but he doesn’t need surgery and that’s a HUGE relief (even if you don’t think Trubisky is the guy long-term, this is good news). The Bears will head to London with Chase Daniel as the (likely) starting QB, but with a bye week coming up immediately thereafter, it’s not entirely out of the question for Trubisky to return against the Saints at Soldier Field on October 20th. How’s that for lucky timing?