Jon Gruden Has Some Love For a Bears Defensive Stud, But It's Not Who You Would Expect Skip to content 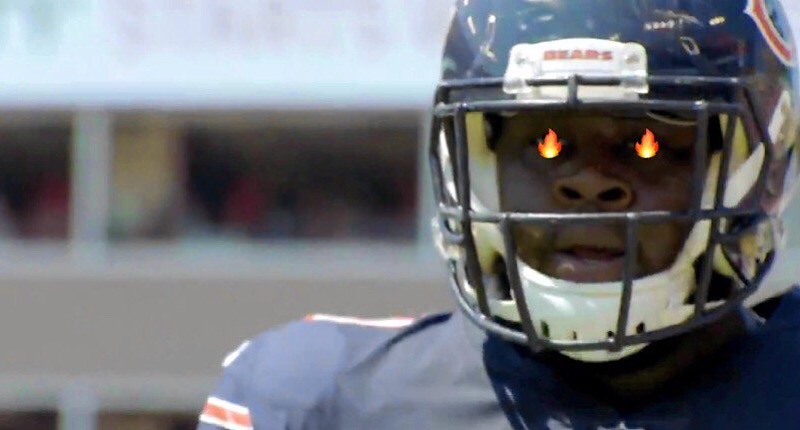 Eddie Goldman is starting to get some much-deserved love for his work in the trenches, though I didn’t expect Raiders Head Coach Jon Gruden to be the guy to deliver it.

JG says this game isn’t just about Khalil Mack
(Eddie) “Goldman – no one talks about him. He’s the best run defender I’ve seen this year.
Trevathan is a world champion every down…and Roquan Smith is a top 10 pick” @SkySportsNFL

Gruden throwing bouquets at a Bears defender comes as no surprise. After all, Chicago’s defense is shredding offenses and breaking spirits left and right. But rather than point to the obvious candidate or circle an All-Pro defensive back such as Eddie Jackson or Kyle Fuller, Gruden called out Goldman as being the best run defender he has seen this year. That’s high praise, no doubt.

What makes Goldman so great? Moves like this that allow him to get into the backfield and cause havoc:

Lost in Mack’s continued ownership of Kirk Cousins’ soul and Chase Daniel’s heroics in relief of an injured Mitch Trubisky was Goldman earning a spot on Pro Football Focus’ Team of the Week for his efforts against the Vikings.

Goldman was credited with two solo tackles in the Bears’ Week 4 win, but did so much more than that as he anchored Chicago’s run defense. Because in addition to his run-stuffing abilities that produced a pair of defensive stops, PFF notes that Goldman also registered a pair of hurries on his 23 pass-rushing snaps. So despite not being credited with a sack or tackle-for-loss last Sunday, PFF’s analysis team still found a spot among last week’s best as he put together a season-best performance. That alone speaks volumes for what Goldman does in the middle of the Bears defense.

Remember, the Bears were without starting defensive linemen Akiem Hicks and Bilal Nichols on Sunday. Being without two starters in the trenches would usually open the flood-gates for a rusher like Minnesota’s Dalvin Cook, but Goldman held down the fort while his teammates were on the sideline. And if that doesn’t capture the spirit of what the Bears defense is all about, then I don’t know what will. Talent wins out in the NFL. But without depth and an ability to do the little things right at the point of attack, talent might not get a chance to show itself. Someone has to do the dirty work, and more often than not, it is Goldman winning in the trenches that opens things up for everyone else. And that is why Goldman deserved a post like this.

To be honest, finding highlights for nose tackles isn’t easy, but what is an appreciation post without a highlight package?