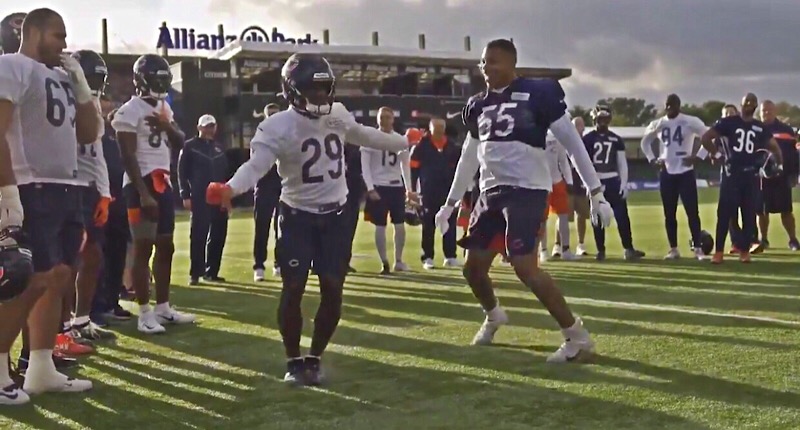 Lincoln Square Apple Fest weekend is here and I am looking forward to spending some time in my neighborhood at one of my favorite fall activities. But before I can enjoy the fun, I have to pound through this set of Bullets.

I don't know … Mack blasts in, wrecking Carr in his throwing motion, ball goes up, Mack reels it in as Carr tries in vain to stop Mack from taking it back for six. https://t.co/GYHujNsbpy

Paris was incredible! Great start to the trip. Now it’s off to London for…. Da Bears! pic.twitter.com/aZbHxe1lyc

One more day until the game. @MMsWorldStores in London. #Raiders #Bears pic.twitter.com/SrLYP30qiu

Here’s the other helmet-to-helmet hit that Vontaze Burfict delivered during Sunday’s game: second quarter, 13:24 left, and Burfict launches and blasts Colts’ RB Nyheim Hines away from the play. Later came the hit on Colts’ TE Jack Doyle that got him ejected and suspended. pic.twitter.com/8Dvb7xPZgo