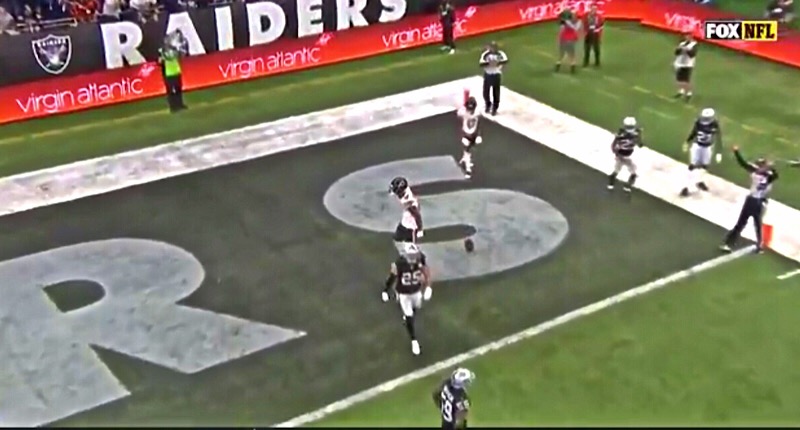 Finally, Allen Robinson II is on the scoreboard.

The Bears capped a lengthy 89-yard drive with a red zone touchdown for Robinson, the team’s leading receiver who entered the game on a 90-catch, 1,000-yard pace despite not having found paydirt in the end zone.

Allen Robinson with his first TD of the year!

Bears didn't give up yet… did you?@AllenRobinson for the Touchdown and the comeback is ON!#BEARDOWN pic.twitter.com/yaMnUlyu9x

And to think, it wouldn’t have been possible without this awesome Anthony Miller catch:

The Bears comeback is officially on. Another stop and score would do wonders because we’ve got a ballgame on our hands now.

2020 Bears Offseason Outlook: It Might Not Be As Crazy, But Eddy Piñeiro Expects Another Kicking Competition