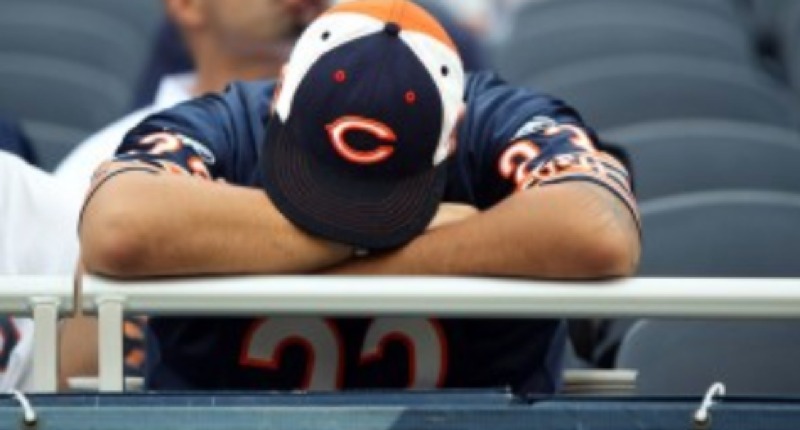 The Bears had an extra week to prepare, home-field advantage, all of the motivation in the world to right the ship, and an opponent starting backups in place of a Hall of Fame quarterback and Pro Bowl running back.

But none of it mattered.

In the end, everything that could go wrong did go wrong, and it all added up to the Bears losing to the Saints 36-25, dropping them to 3-3 and putting them as even longer shots to make the postseason than they were entering Sunday.

The offense was anemic. I don’t care that they scored two offensive touchdowns in the fourth quarter – garbage time points are good for nothing (save for the gambler who wagered on the over and fans who have tight fantasy football standings). No credit will be awarded to them by me – not when the Bears offense did this through three quarters:

The #Bears offense through three quarters at Soldier Field:

If I told you it looked worse in person, would you believe me?

It is not an exaggeration to say that every single part of this offense has been absolutely atrocious this year outside of Allen Robinson, and one half of a game from Taylor Gabriel. The Bears are 23 games into the Matt Nagy era and some systematic failures have shown themselves.

Heck, Troy Aikman was literally laughing out loud while watching the Bears offense.

In short, this offense ain’t it. Period.

The schedule isn’t getting any easier and improvements have to come from inside the walls at Halas Hall ASAP. Otherwise, it’s going to be a loooooooong next 10 games. And possibly a much longer offseason.