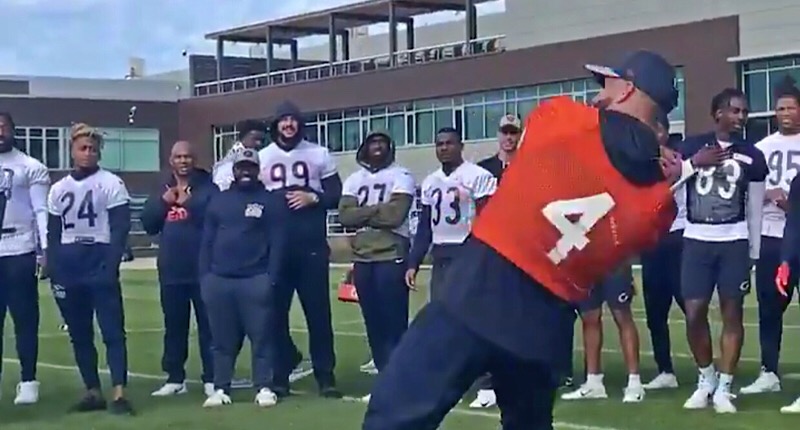 The bye week provides a good time to clear your mind, rest your body, and prepare your soul for the second part of the season. But one challenge persists when trying to bounce back from the bye, and that is getting the competitive juices flowing again.

So leave it to the Bears to take an outside-of-the-box tactic to fuel the competitive spirit:

Offense vs. Defense in an egg toss competition probably isn’t what you had in mind, but it fits the bill for this Bears team.

Say what you want about taking practice time to play a game, but egg toss makes sense. The amount of concentration and skill (not to mention soft hands) it takes to successfully emerge from that competition  as a champion is mind-bending. And considering the Bears’ issues with making thoughtless penalties in the early portion of the season, sharpening concentration skills isn’t the worst thing in the world. There are times when teams can get too bogged down in football, which weighs them down and keeps them from performing well on the field. Perhaps a little game of egg toss can bring some things into a new focus as the team prepares for its Sunday showdown against the Saints.

And if the Bears offense can execute on Sunday the way it did during Saturday’s egg toss, then it would be alright with me (and other Bears fans).