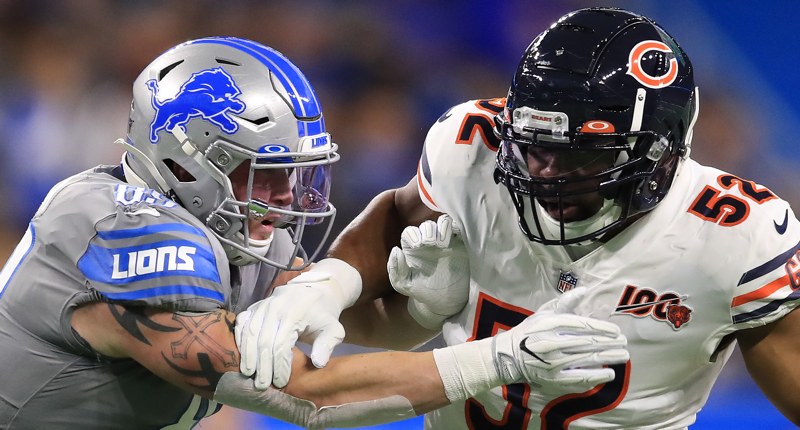 Every year it happens. I take crap for rostering two kickers in fantasy football. My theory is that I draft two kickers — one I’ll keep all year and one who will fill in on the bye week of the kicker I like. But for the first time ever, I did not follow that theory because I caved into peer pressure. So you can guess who lost (in part) because the kicker he dropped was picked up by his opponent and outscored the kicker he picked up as a bye-week replacement.

Yesterday #Bears LB Roquan Smith became the third player in NFL history to record at least 15 tackles and two sacks in a game, joining the Bengals' Vincent Rey and the 49ers' Patrick Willis.

Here's a look at the top grades from the #Bears offense in their Thanksgiving Day WIN pic.twitter.com/dJQSPKpB1E

Lane Johnson and the #Eagles have agreed to a 4-year, $72M contract extension, NFL source confirms @MikeGarafolo report. It includes $54.955M guaranteed. Johnson becomes the highest-paid offensive lineman in league history per year and in terms of guarantees.

Important: The NFL says its “investigation uncovered no evidence indicating any inside information was used or that any game was compromised in any way. Nor was there evidence suggesting any awareness by teammates, coaches or other players of his betting activity.”

i can't get over how loud the DONK is pic.twitter.com/7ex4m4Fbxt

A team from Illinois in Orange and Blue doinks it…

And it goes in! James McCourt nails the 50-yarder for @IlliniFootball: pic.twitter.com/A1ckh9MYWb

It’s amazing to think of what it took for Bama to finally miss the CFP.