Check Out Allen Robinson’s Second TD Catch, Which Was an Absolute Beauty (VIDEO) Skip to content 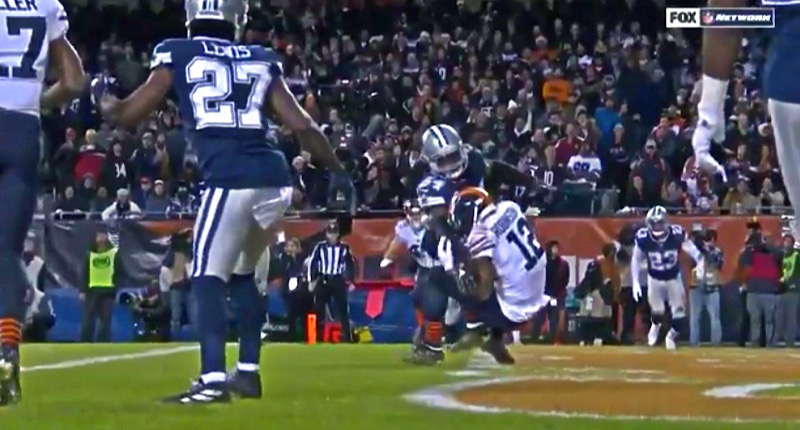 I will admit that I don’t know every rule in the NFL’s book, but this isn’t a “simultaneous” catch:

Allen Robinson caught that ball outright and I will hear no argument to the contrary. In any case, Robinson snagged his second straight touchdown catch of the first half. It punctuated the Bears’ third scoring drive of the game and gave the team a 17-7 lead heading into halftime.

Nothing like rattling off 17 consecutive points after falling behind on the first drive of the game!

Now, where do I sign up for 30 more minute of Mitch Trubisky doing this: