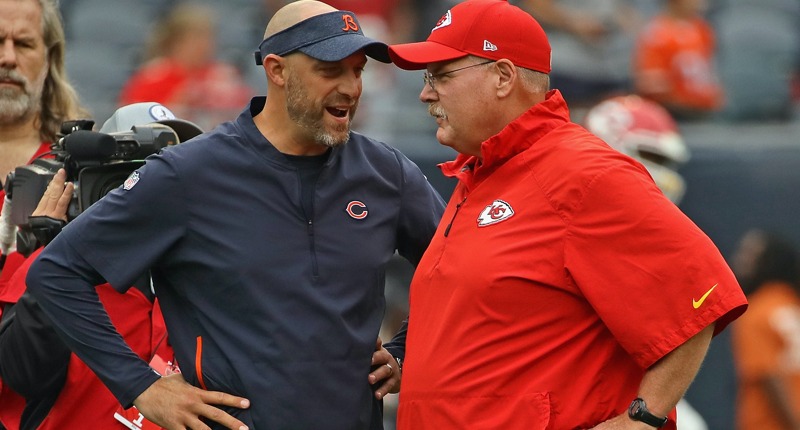 I don’t even want to drop a spoiler-free thought on the new Star Wars movie because I want you to have a clear mind going into whenever you get around to seeing it (Michael: THANK YOU).

It's not just Mitch Trubisky that's the problem in Chicago. Here are the offensive numbers this season for The Bears:

Yards per game: 28th in NFL

points per game: 26th in NFL

Travis Kelce's production last Sunday was roughly what all the #Bears healthy TEs have totaled this entire season: https://t.co/t7ikctZcEj

Football in a winter wonderland. #KCvsCHI

In honor of the inaugural Bitmoji Bowl between Matt Nagy’s Bears vs. Andy Reid’s Chiefs, here is the story of their relationship — told entirely in Bitmojis. https://t.co/R7FtXjveBd pic.twitter.com/m1kjHZn01n

Corey Wootton sacks Brett Favre on what would be the last snap of his career as the Bears clinch the 2010 NFC North! pic.twitter.com/gPGijSfIWd

As we head into 2020 and the next decade of Bears football, we take a look back at the last one.@HiltonHonors | #Bears100 pic.twitter.com/7yUmecXiae

I asked #Broncos @VonMiller why important to play through knee injury: “I could easily say, ‘My knee hurts, put me on IR.’ The type of leader I try to be in locker room and meeting rooms, I’ve got to go out there, I’ve got to find a way to put the pads on.” #Denver7 pic.twitter.com/6E4GwVpyVY

Dalvin Cook not expected to play vs. Green Bay due to most recent shoulder injury, per @AdamSchefter. Sources I've spoken w/ gave me indication that Vikings are leaning towards shutting him down thru Dec. so he can be healthy if team makes postseason. https://t.co/ouLpAa3PVD