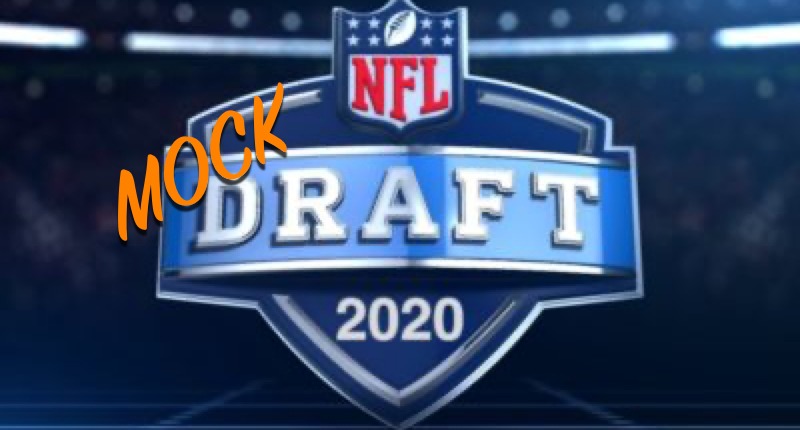 For the second straight season, the Chicago Bears do not have a first-round pick in the upcoming NFL Draft.

But fear not, that doesn’t mean our obsessive watch will take a back seat. With the Bears out of the playoffs and the team’s needs as clear as ever, I am allowing myself to jump right into the Mock Draft SZN with no reservations. Let’s go.

Bleacher Report’s Matt Miller leads us off with a three-round mock, which sends the Bears two players at positions of need with their second-round selections.

With the 43rd pick, Miller has the Bears taking Purdue tight end Brycen Hopkins. This is the pick that comes from the Raiders as part of the Khalil Mack trade. And if Chicago turns out to find a tight end it can fit into the mix and play right away, then Matt Nagy should send Vic Fangio on a golf getaway on his dime. Hopkins is one of the highest-graded tight ends on the board. In fact, Hopkins is the first tight end to come off the board in Miller’s mock. Hopkins checks in at 6-foot-5 and 245 pounds and is coming off a season in which he caught 61 passes, gained 830 receiving yards, and seven touchdowns. There is certainly a lot to like there, and who am I to bet against an award-winning tight end?

And with the 50th pick, Miller sends Louisville offensive tackle Mekhi Becton to Chicago. This is the Bears’ own second-round pick. I imagine it would have been a few ticks higher had they lost to the Vikings on Sunday, but I’m not going to complain about a win against the Vikings. Nope. Sure won’t.

Anyway, Becton is the eighth offensive tackle Miller projects to go in the first two rounds in the 2020 NFL Draft. And since this appears to be a position group that is deep, the idea of the Bears taking an offensive lineman with the 50th pick and still getting a top-10 positional prospect is pretty neat. Becton checks in at 6-foot-7 and 369 pounds. Dude is a monster who received some notable comparisons from a pair of draft gurus:

As if mocking picks isn’t enough, this installment of WalterFootball.com’s mock draft sharing features trades. But since those deals don’t include the Bears, we’ll gloss over them for the time being. HOWEVER, we won’t look past WF sending the Bears a talented cornerback with their first pick of the 2020 NFL Draft.

Kristian Fulton from LSU is the pick here. And while WF’s sources hear that Fulton has a second-round grade, he could make the leap into the first-round. Fulton had 13 pass-breakups in 2019 and will get a chance to really raise his stock in the upcoming national championship game against Clemson. Perhaps he could clear up some concerns about his defense of 50-50 balls and issues with discipline that cause him to get flagged for pass interference.

Making the Most of Two Picks (Tankathon)

I predict one trend we’ll continue to see throughout the mock draft process is the Bears targeting offensive linemen and help at another skill position with their second-round selections. The mock draft at Tankathon does just that with its choices for the Bears.

With the 43rd pick, the Bears are mocked to select Oregon offensive lineman Shane Lemieux. Chicago could use some interior line help, and Lemieux could provide just that if selected. The 6-foot-4, 316-pound Lemieux is the site’s second-highest-ranked guard and 59th rated player overall. So maybe taking him with the 43rd pick is a bit of a stretch, but the positional need could push the Bears to do something a little uncomfortable. But perhaps Lemieux, who has started 51 consecutive games heading into the Rose Bowl, could ease those concerns. Adding a solid starter who earned All-American status from Sporting News would probably be applauded by Bears fans who are holding out hope their team adds an impact lineman early in the draft.

And with the 50th pick, Clemson cornerback A.J. Terrell is the choice. Terrell is the 54th overall player on Tankathon’s Big Board and the ninth-highest-ranked cornerback. At 6-foot-2 and 190 pounds, Terrell has the size to be a guy who can come in and start right away. Terrell has lock-down tendencies as an outside cornerback, evidenced by how few targets he has seen this season. Entering last weekend’s playoff game against Ohio State, Terrell was targeted just 30 times on 313 coverage snaps. In a draft class loaded with cornerbacks, a player with first-round talent like Terrell could slide into the second round — and right into the laps of a team that could be replacing Prince Amukamara this offseason.