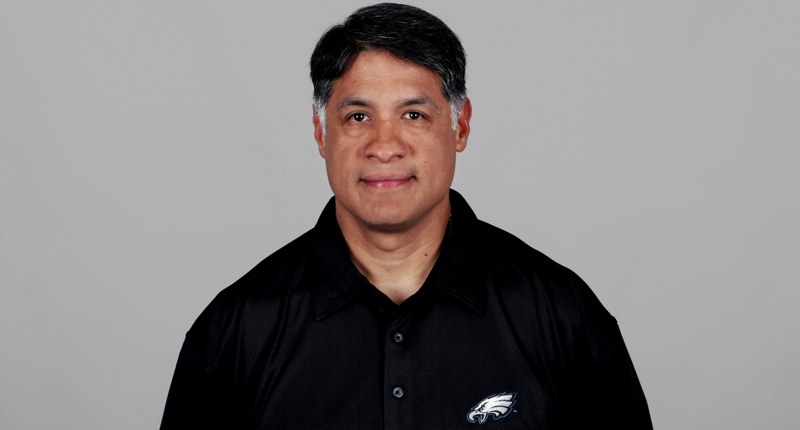 The newest coach on the Chicago Bears’ coaching staff happens to be a familiar one for its head coach.

Veteran assistant Juan Castillo will be joining the #Bears as their offensive line coach, source said. A big move for Matt Nagy’s staff.

NFL Network insider Tom Pelissero reports Juan Castillo will be hired to be the Bears’ offensive line coach. Castillo is set to replace Harry Hiestand, who was one of four coaches whose firings were announced after Tuesday’s joint press conference from GM Ryan Pace and Head Coach Matt Nagy.

It should come as no surprise to see Nagy hired someone he has familiarity with to replace Hiestand. Nagy and Castillo were both on the Philadelphia Eagles’ coaching staff under Andy Reid between 2008 and 2012. In fact, Castillo’s time with the Eagles pre-dates Nagy bhquite a bit. Castillo started his NFL coaching career as an offensive assistant in 1995, coached tight ends in 1997, moved to coaching offensive linemen from 1998 to 2010, then slid over to become the defensive coordinator for two years in 2011. Since leaving Reid’s side, Castillo has coached with the Baltimore Ravens (Run Game Coordinator 2013, Offensive Line Coach 2014-16) and Buffalo Bills (Offensive Line Coach and Run Game Coordinator 2017-18). In 2019, Michigan hired Castillo to be an offensive line analyst, per MGoBlog. All in all, that’s a pretty packed résumé.

Clearly, something struck a chord with Nagy during their time together to hire him at this time and for this job. Between Castillo’s experience coaching offensive linemen and being a run-game coordinator in past coaching gigs, it makes as to why Nagy would target him and be quick to bring him on board.