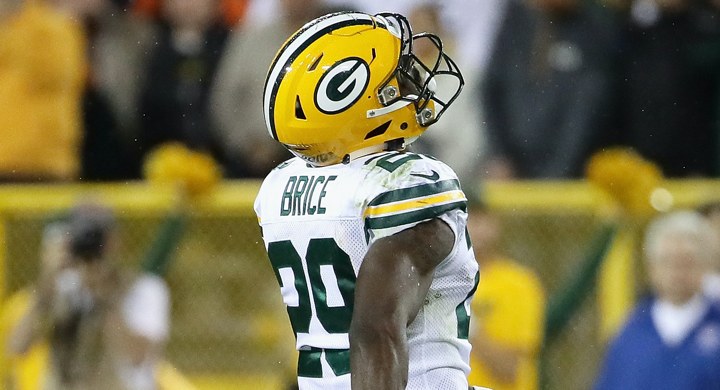 An offseason stock-piling of talent that can compete for depth spots is well underway in Chicago.

#Bears roster move:
We have signed DB Kentrell Brice to a Reserve/Future contract.

The Bears announced they have signed defensive back Kentrell Brice to a reserve/future contract, adding to the depth Chicago will bring to training camp in the defensive backfield.

You might be most familiar with Brice because of the time he spent in Green Bay. Brice, 25, signed with the Packers as an undrafted free agent from Louisiana Tech back in 2016. He spent three seasons with the Packers, playing 36 games and tallying one interception, one quarterback sack, one recovered fumble, and six pass breakups. Naturally, his lone career sack came against Mitch Trubisky in 2018, a year in which he started a career best 10 games and recorded 50 tackles. Oh, and his one career interception came against Mike Glennon because of course it did!

Brice mostly played at strong safety, a position the Bears will need to fill in 2020 as Ha Ha Clinton-Dix is likely to depart in free agency. And while I’m unsure Brice has the chops to play his way into a starter’s role next to Eddie Jackson, I suppose he could work his way into the mix as a reserve. Because in addition to Clinton-Dix, the Bears have DeAndre Houston-Carson and Deon Bush set to test free agency. With that being said, Brice probably won’t be the last defensive back they will add to the roster this offseason.