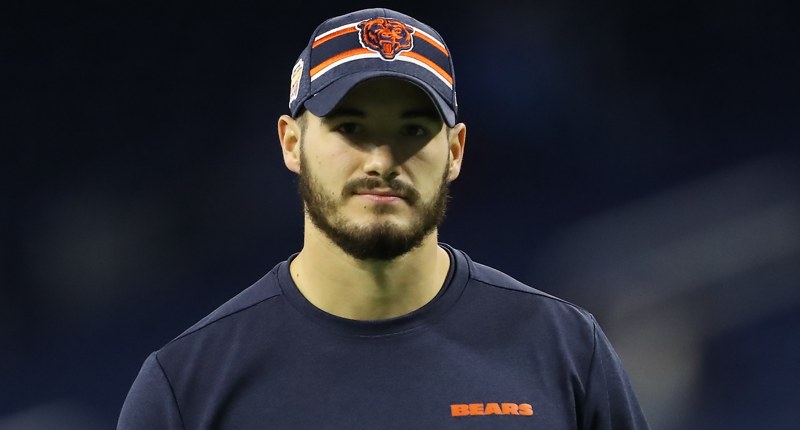 Chicago Bears quarterback Mitch Trubisky is on the road to recovery.

Bears QB Mitchell Trubisky underwent surgery to repair the partially torn labrum in his left, non-throwing shoulder shortly after the conclusion of the regular season. The typical recovery time for a minor procedure such as this is a couple of months.

Dickerson reports Trubisky had surgery to repair a partially torn labrum in his non-throwing shoulder after the offseason. News of the surgery isn’t a surprise. If you’ll recall, GM Ryan Pace held open the possibility that Trubisky would need surgery to repair the injury suffered on the Bears’ first drive of their Week 4 win against the Minnesota Vikings.

Trubisky missed the rest of that game, as well as the team’s loss in London to the Raiders, but returned to play in Week 7 against the Saints and didn’t miss a game due to injury after he stepped back into action. How much the injury played a role in his season is unknown, but he played a majority of it wearing a protective harness upon his return.

Trubisky’s recovery time is expected to be a few months, Dickerson reports. But at least the procedure was described as “minor” – shoulder injuries can be nagging. How the recovery timetable impacts Trubisky’s return to team activities remains to be seen. During a TV hit on NFL Network, Ian Rapoport suggested Trubisky would need just a few months of rehab. And if all goes well there, the Bears will have their starting quarterback in the fold for OTAs, mini-camps, and the tam’s offseason training program.

But as a reminder, wide receiver Anthony Miller underwent shoulder surgery and missed a chunk of the offseason training workouts. Every shoulder injury is different and no recovery path is the same. So with that in mind, we’ll continue to keep tabs on Trubisky’s progress as he makes his way back from the injury.