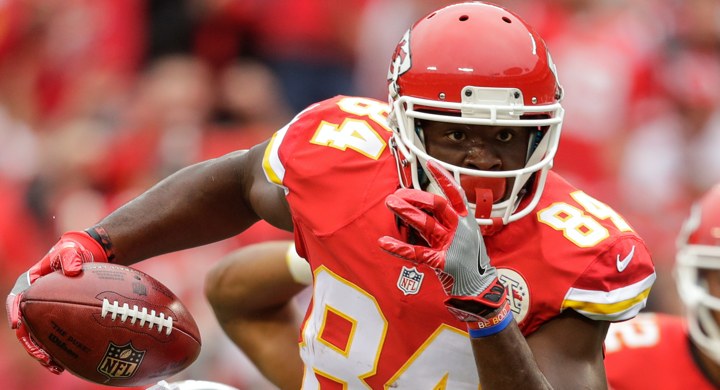 An overhaul of one of the most important position rooms at Halas Hall has begun.

The Demetrius Harris signing became officially official on Thursday evening, making him the latest player to step into (the revolving door of disappointment known as) the tight end position for the Bears. And while Harris isn’t going to single-handedly put an end to their woes at TE, he should help raise the collective floor of the group. Hey … you gotta start somewhere!

With that being said, let’s get acquainted with the new guy.

Harris has a big frame and a unique athletic background as a former college basketball player at Wisconsin-Milwaukee. Having plus size and athleticism helped Harris carve a niche as a two-way tight end who can clear space as a blocker, and also venture out into a pass pattern every now and again. It’s just that he is used sparingly as a pass-catcher. More on that in a moment.

As you can tell by looking at Harris’ stat line, he isn’t going to put up game-changing numbers. But stats aren’t the only things that matter. Even still .. that’s not why Harris was picked up off the free agent pile shortly after the Browns cut him.

Availability matters. So does durability. The Bears didn’t have much of either from their top tight ends last year, as Trey Burton, Adam Shaheen, and Ben Braunecker ended 2019 on injured reserve. Hence, the value in having a player like Harris — who has missed just two games in the last five years — into the mix in Chicago.

Harris checks a number of boxes for the Bears. Familiarity with Matt Nagy and experience in his system? Check. A proven blocker who can line up as the “Y” tight end? Yep. A player whose signing won’t count against the compensatory draft pick formula? Uh huh.

Signing Harris is a move that should be viewed as a first step toward restoring the depth at tight end. In addition to using Trey Burton, Adam Shaheen, and Ben Braunecker (all of whom ended 2019 on IR), the Bears trotted out J.P. Holtz, Jesper Horsted, Bradley Sowell, and Eric Saubert to chew up playing time. That’s a grand total of seven different tight ends who suited up for the 2019 Bears. Far too many, if you ask me. Teaming Harris at the “Y” spot and Burton at the “U” will look a lot better on paper if (when?) Burton gets back to full health.

But because Burton’s return to health is no guarantee, and Harris figures to have a limited role on a one-year deal, this signing looks to be the first domino to fall in the Bears’ quest to re-shape the tight ends room. Between the options that will be available in free agency and the upcoming NFL Draft, Harris’ addition won’t likely be the last move the team makes at the position.