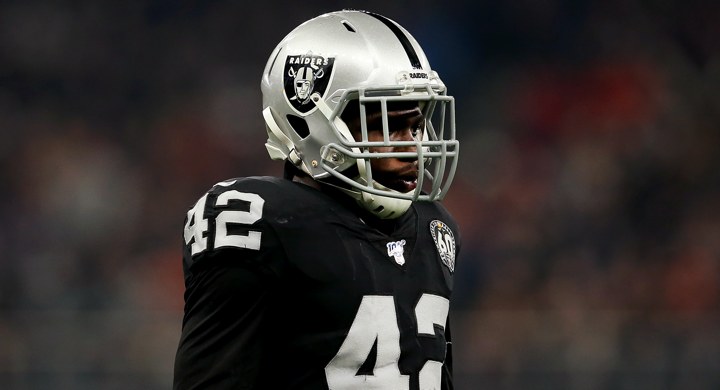 The Chicago Bears have already paid Eddie Jackson wads of cash to be the free-ranging safety protecting the top of the defense, but the two-time Pro Bowler still needs a complementary player alongside him.

Could a 2016 first-round pick be the right fit? Brad Biggs of the Chicago Tribune offers up an option:

One safety that could emerge as a possibility for the #Bears is Karl Joseph. First-round pick of #Raiders in 2016.

Biggs tweets Raiders safety Karl Joseph could be someone Chicago targets as a plug-and-play defender in the secondary. Joseph is Pro Football Focus’ 53rd highest-ranked free agent in this class, the site’s seventh-highest ranked free agent safety, and a four-year player with 49 games of experience as a member of the Raiders.

Joseph was also the 14th overall pick in the 2016 NFL Draft and has been a steady contributor when available. He could be the type of player who plays more often in the box than deep in single-high looks – PFF notes that he’s put up double figures in defensive stops in each of his four seasons. It’s not that Joseph can’t play in coverage, but his ability to handle other responsibilities as a safety should allow for Jackson to roam free in the secondary.

Last offseason saw free agency re-shape the safety market. This year, the top-tier options have either re-signed (Devin McCourty) or been tagged (Anthony Harris, Justin Simmons). That could lead to a buyer-friendly market for a Bears team that should be eyeing a safety partner who could be signed for a bargain. Joseph certainly seems to fit that mold, so stay tuned.