A Contingency Proposal for the NFL Season? Moving the Whole League to the Middle of Nowhere Skip to content 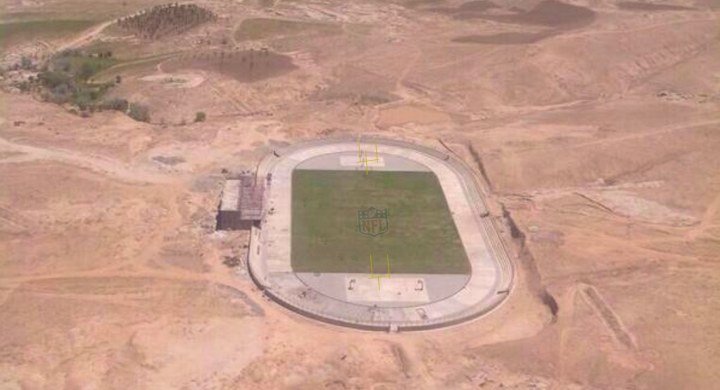 As we think ahead to what football could look like this year, if it winds up impacted by the COVID-19 outbreak beyond the draft and OTAs, it would be wise of the NFL to use its time advantage to plan alternative approaches to getting the season off.

“There’s another way to have football. It’s an extreme idea, one that was floated to a G.M. earlier this week and mentioned in the Sunday mailbag and repeated during a visit with WFAN on Sunday afternoon: The NFL takes all teams to a location free from coronavirus, tests everyone on the way in, and then sequesters the entire league for the full duration of the season.”

Yes. Extreme. The logistics would include serious construction and housing and medical efforts, as well as setting things up to provide a quality TV-viewing experience (otherwise, what’s the point?).

But hey, I’m not going to dismiss anything out-of-hand at a time like this, because we are in an extreme situation. A historically unprecedented time in modern culture might require a historically unprecedented approach to ensuring that major sports can be played in some fashion. I don’t want to overstate the importance of sports, but I also don’t want to ignore that at a time when everyone is feeling separated, anxious, and off, it would be a huge boon to all of our psyches to know that we’re going to be able to partake in something so many of us love to share together.

So if that means an extreme approach like sending the NFL off to relative islands in the desert (ok, I’m exaggerating a little), that’s gotta at least be explored. Read the PFT piece for more.