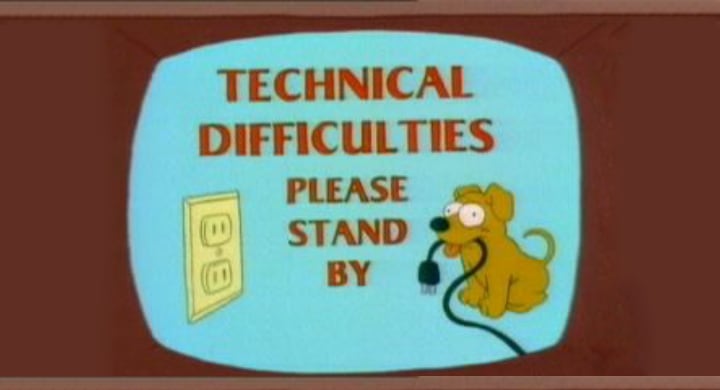 The NFL is preparing its teams for Thursday’s virtual draft with a mock draft that was set to take place right now as I am typing this paragraph.

Unfortunately, things are off to an inauspicious start:

I’m texting with multiple coaches and GM’s who are on this mock draft call and everybody is saying the same thing which is band width is a problem. There are many communication issues.

Well, this is certainly unsettling. Though, I suppose not un-heard of in the grand scheme of things. Anyone who tells you they were able to get their first fantasy draft on Yahoo!, CBS, ESPN, or some other platform off without a hitch the first time is a liar. And a bad one, too.

Ultimately, this is why the league put together this mock virtual draft in the first place. Work through the process now, bang out the kinks while you can in a low pressure environment, and emerge from this trial-and-error process with the ability to give it a full-go green light.

The 2020 NFL Draft isn’t until Thursday. So it isn’t as if there isn’t time to fix whatever communication issues happen to be slowing down the process. But if problems persist, I can imagine the NFL pushing pause until everything is sorted out. In the meantime, the show rolls on.