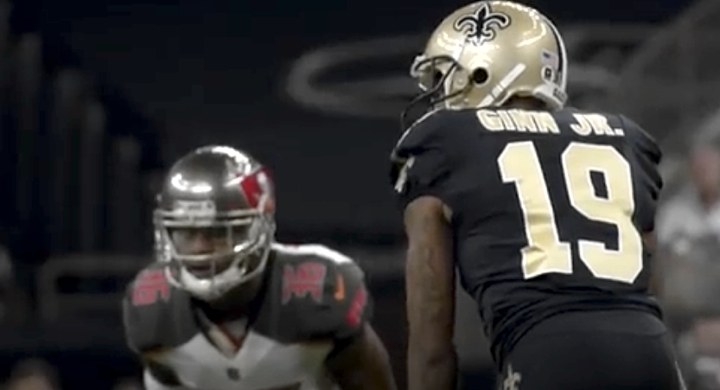 The offseason search to add speed to the Bears’ offense led the team to Ted Ginn Jr., a veteran speedster who comes to Chicago after a three-year stint with the New Orleans Saints.

Let’s get to know the new guy.

While there might be fears that a player of Ginn’s stature won’t be able to hang at this stage of his career, it’s worth pointing out that the Ohio State product has played in at least 15 games in six of his last seven seasons. And only once in his career has Ginn played in fewer than 13 games. In short, Ginn has held up well over the years.

Ginn has never been much of a stat-compiler. His career-best in catches and receiving yards came during his second year in the league (2008), when he hauled in 56 receptions for 790 yards. Ginn’s most productive season came in 2015, when he snagged 10 touchdowns. Even then, he caught just 44 percent of the targets thrown in his direction and gained just 739 yards. But 10 touchdowns and a career-best 16.8 yards per reception in 2015 do still stand out.

Ginn also has extensive return-game experience (257 punts, 307 kicks, 7 total touchdowns as a pro) that actually dates back to his college years. And while I’m unsure if he’ll ultimately settle into roles currently held by Tarik Cohen and Cordarrelle Patterson, it’s always nice to have some backup.

For Ted Ginn Jr. to say — with confidence — that he is the fastest receiver in the NFL when he was entering his 13th year in the league takes a whole lotta swag. The Bears offense didn’t have much swag (or much of anything) last year, so bringing Ginn into the fray gives the room a little bit of sauce.

This NFL Films feature sharing the success that Ted Ginn Jr. and his father have had in football is eye-opening for those of us who aren’t 100 percent in-tune with the family side of things. Check it out.

When Taylor Gabriel was unavailable due to concussions last year, the element of speed was sorely lacking. Ideally, this is the type of role Ted Ginn Jr. will fill for the Bears in 2020.

Ginn is used best when pushed to take the top off a defense, such as this:

At least we know Ginn has conquered the Soldier Field Turf Monster.

Ginn’s straight-line speed meshes with certain route combinations that allow the mere threat of his speed to create space between him and a defender, thus creating a bigger window for his quarterback to throw.

Take this route for example:

13 seasons in and still has that toe drag swag 🔥🔥 @TedGinnJr_19 pic.twitter.com/GcRSCaWSdu

The explanation from FOX analyst Troy Aikman as to how/why this worked is on the nose:

Yes, I understand that Ginn is 35. And I realize the limitations that come with a receiver entering his 14th year as a professional. But Ginn has a set of skills that no other Bears receiver currently possesses. If Ginn can display them, while also showing someone like Darnell Mooney the ropes, his signing will be more widely highly regarded at year’s end than it is now.