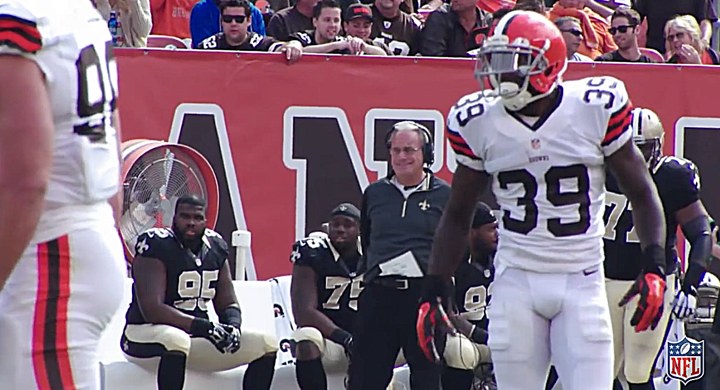 Chicago’s decision not to choose a safety at any point in the 2020 NFL Draft was a curious one. After all, the team had long-term needs at the spot across from Eddie Jackson, but didn’t use any of its cap space to secure a certified starter at the position. Instead, they opted to bring back Deon Bush and add Jordan Lucas as depth earlier in the free agency process. But who knew that would be just the beginning.

After allowing the draft to shake out and the free agent market to come back to him, Bears GM Ryan Pace signed safety Tashaun Gipson, whose arrival on the depth chart helps solidify the secondary.

Let’s talk about the signing.

Gipson missed the last two games of the 2019 regular season, as well as the Texans’ playoff run due to a back injury. But other than that, he hasn’t missed any time due to injury since the 2015 season. That’s encouraging.

Gipson’s best year was 2014, when he came away with six interceptions (including a pick-six) and a league-leading 158 interception return yards. There are three seasons in which Gipson has gained at least 100+ return yards on interceptions. He also has four seasons with at least three interceptions. The guy is a proven play-maker, and no defense can have too many of those guys roaming around — especially in the secondary.

The Path to the Pros

No Combine invite. Not drafted. No problem.

Rather than filling the vacancy left by Adrian Amos’ departure with a draft pick, the Bears have chosen to go the route of an experienced player to provide a one-year stop gap at the position in each of the last two offseasons.

Last year’s signing of Ha Ha Clinton-Dix was a mixed bag. It’s not that Clinton-Dix played poorly, or that the defense suffered mightily without Amos teaming with Jackson on the back end. But the fit wasn’t perfect, as it forced Jackson into a different role than what made him an All-Pro in 2018. Pro Football Focus’ 2019 data had Jackson in the box for 262 snaps, at slot cornerback on 232 plays, lined up as a wide side of the field cornerback on six plays, and as a free safety on 540 occasions. To be clear, it is a good thing that (1) Defensive Coordinator Chuck Pagano trusts Jackson to use him in each of these roles and (2) Jackson is a good enough defender to excel in each of these areas. But part of me believes it might be better for him to spend less time in the box and slot, and take more defensive snaps as a free safety.

That’s where Gipson fits in for the 2020 season.

Gipson played in the box on 269 snaps, lined up as a slot corner on 127 occasions, and played free safety for 387 snaps. If Gipson can take over that jack-of-many-trades safety spot Jackson played, it would make for a more well-rounded defensive backfield. One that could give opponents fits by showing offenses multiple looks to be responsible for on a given snap.

The safety game is changing. And as offenses evolve, defenses need to have players who can handle a variety of responsibilities. The day will soon come when we no longer use “free” and “strong” as safety identifiers, as good defenses will ask their safeties to be able to do both. In the Bears’ case, teaming Gipson with Jackson suggests to me that they are already at that point.