Dominance of Yesteryear, Disruption on the Horizon, and Other Bears Bullets Skip to content 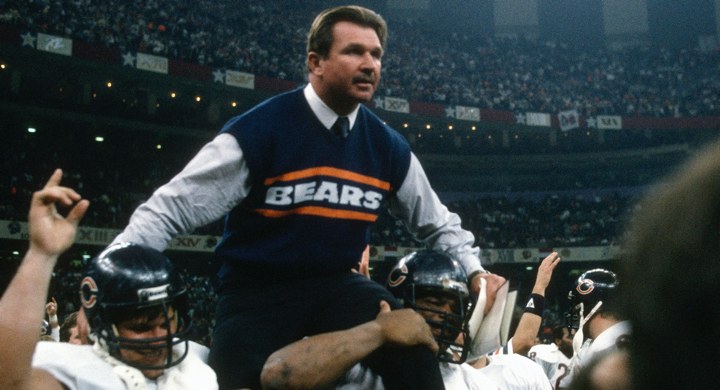 The forecast for the next few days in Chicago looks delightful. Please enjoy responsibly. But also, make sure you enjoy it!

•   A non-traditional offseason by football’s standards has opened up the floodgates to different types of content. Over at The Athletic, an exercise has unearthed the most dominant NFL team of the last 50 years. Check it out:

We’ve got the formula.

We’ve got the results.

These are the most dominant NFL teams of the last 50 years. | @TheAthletic https://t.co/QSRDGJSNd6

•   To no one’s surprise, the 1985 Chicago Bears sit atop the list. That Super Bowl XX season continues to live on as an all-time great year in franchise (and league) history. The best part might be that there is no argument against The Athletic’s ranking because it’s all math based. And who am I to argue against math? 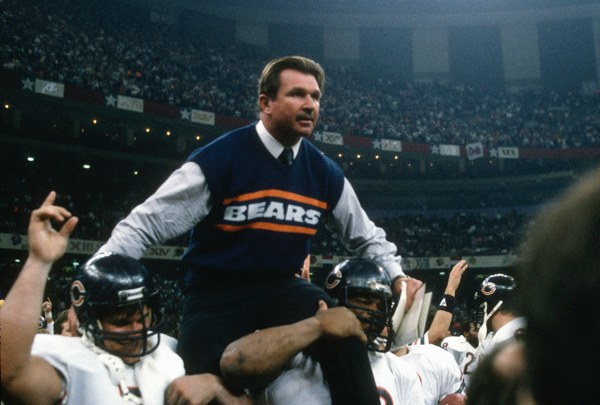 •   Reaching the heights of the Super Bowl XX champs is asking a lot, but that 2018 team had some magical moments. And while reaching that particular type of greatness is a challenge in its own right, a bounce back year from Khalil Mack could do wonders. In fact, Hall of Fame executive Gil Brandt envisions a rebound year from Mack. Citing familiarity going into his second year in Chuck Pagano’s defense and help on the other side from Robert Quinn, Brandt sees Mack playing much better than he did in 2019.

•   Speaking of Quinn, NFL.com writer Nick Shook shared an intriguing stat about the newest member of the Bears defense. Quinn ranked third in the NFL with a 17.2 percent disruption rate. Sometimes advanced analytics can be difficult to decipher, but “disruption rate” is exactly what it sounds like. My kind of statistic! As for Quinn, Shook writes Quinn is “set to make the money he deserves” after signing with the Bears. “His ability to bend while maintaining speed and power around the edge can be a nightmare for opposing tackles, and he’ll likely enjoy similar success as part of another excellent tandem in Chicago,” Shook wrote. Quinn collected 49 QB pressures in 2019, which is the same number Mack posted last season. But that Quinn did it in 116 fewer pass-rush snaps is impressive. The Quinn-Mack attack is going to be problematic for opposing offenses next year.

•   In the wake of the resounding success the was “The Last Dance” docuseries that told the story of Michael Jordan’s insatiable obsession to win, ESPN is green-lighting a nine-part documentary on Tom Brady, who is widely believed to be the G.O.A.T. in his respective sport:

Man in the Arena: @TomBrady pic.twitter.com/sObLdTXbIl

•   I’m not sure if Brady is as interesting as Jordan. But I want stories about how he had to beat out Drew Henson at Michigan when Henson was the must-have QB prospect of the time.

•   Kaepernick hasn’t taken a snap since 2016, but there was some belief that a November workout that put him back in front of league executives and scouts could have been an olive branch that helped him get back in the league. Unfortunately, that didn’t turn out to be the case. And while Kaepernick hasn’t officially announced his retirement, NFL teams have not shown much interest in bringing him into the fold. To me, the back end of Kaepernick’s career will be a great “what-if?” story that won’t yield the answers any of us want. To go from leading the 49ers to a Super Bowl appearance with a strong arm and desired mobility at age 25 to out of the league by age 30 is unheard of in modern football.

In preparation for potential stadium social distancing guidelines, the Pittsburgh Steelers are selling only half of their available 2020 individual tickets.https://t.co/qaWraWY5vA

•   I realize there are some short-term ramifications that include not maximizing profits during a time where dollars and cents are being counted more closely than ever. But I feel as if this feel-good gesture shows fans that sometimes there are things that are more important than squeezing every dollar out of the consumers. Taking this measure now is a forward-thinking step from a franchise that tends to be ahead of the curve. Or as Steelers Head Coach Mike Tomlin is known to say: “The standard is the standard.”

New #Seahawks RB Carlos Hyde can earn up to $4M on his 1-year deal. A perfect landing spot after last year’s resurgence. https://t.co/Me2PB7Rj6j

Jets are signing former Super Bowl MVP Joe Flacco to a one-year deal, sources tell ESPN. Jets GM Joe Douglas was a Ravens’ scout in 2008, when Baltimore drafted Flacco in round one. Now Flacco will rejoin Douglas, and compete for the backup job when he’s healthy and ready.

•   With how teams churn through running backs, I’m not sure this is a wise decision:

•   BN’er Mayo had a loss in his family, and I want to send out much love, and also share the Go Fund Me set up to help support the family.