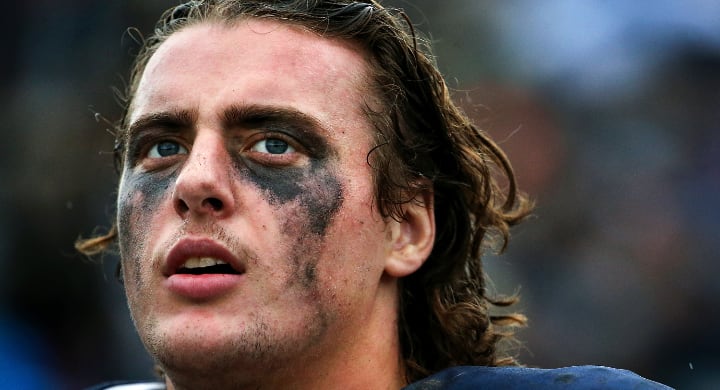 Not all of the most unique stories that emerge from the NFL season are centered around first-round rookies, cagey veterans, and established stars. In fact, some of the best stories come from the most unexpected sources.

Larry Mayer of the Chicago Bears’ official website took some time to get to know Dieter Eiselen, the undrafted rookie free agent signing who grew up in South Africa, played collegiately at Yale, developed a background in rugby, and is probably going to be someone around which fans rally as the underdog rooting interest of training camp and the preseason.

From rugby in South Africa to football in Chicago.

Get to know OL @djeiselen's unique journey to the NFL.

Often enough, the best summertime storylines to follow involve undrafted free agents who take unique journeys en route to fighting their way onto an NFL roster. I’m ready to count Eiselen among the players I’ll have a keen interest in following this summer. While there’s still a difference between making it to NFL and making it in the NFL, Eiselen’s journey so far is fascinating.

Growing up, his first exposure to American football was in movies such as “Friday Night Lights” and “The Waterboy.” His first real American football experience came when he watched Notre Dame-Stanford in 2012. And with Halas Hall closed due to COVID-19 restrictions, Eiselen has turned his girlfriend’s garage in Connecticut into a weight-lifting center and workout facility as he preps for the next leg of his journey as a football player.

Eiselen is one of a handful of undrafted free agents who could be considered long-shots to make the Bears’ 55-man roster to start the 2020 season. But all it takes is one moment of flash to garner enough interest to make something happen. Here’s hoping we get a training camp and preseason that allows him (and others) to strut their stuff on the field and outside of a virtual classroom.