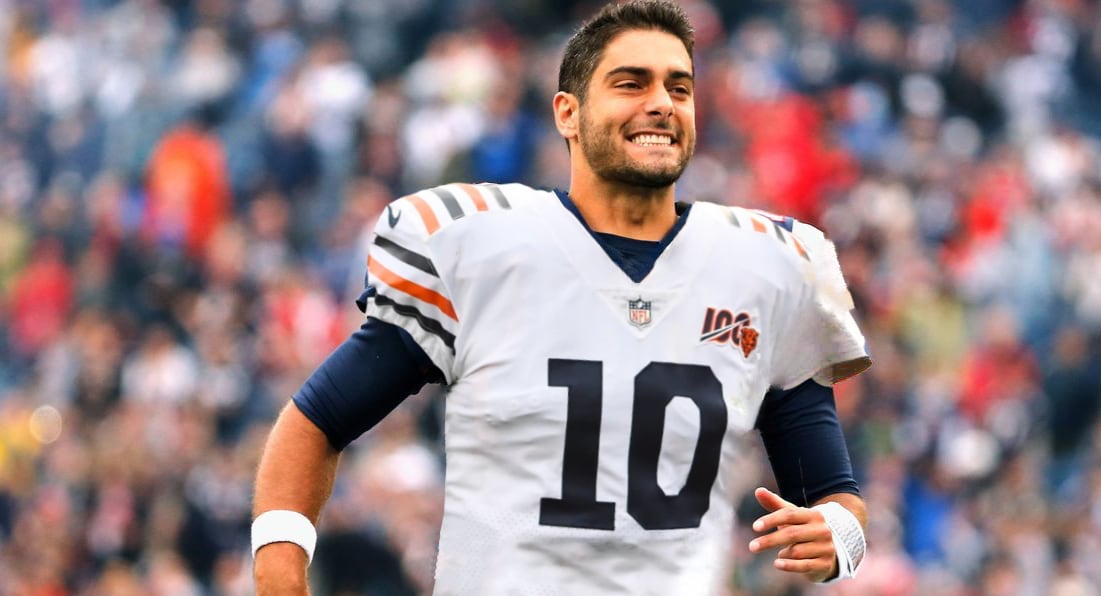 Writing about football when there is no football has its challenges. But at least the NFL calendar is mapped out such that each month features a significant event worth diving into and dissecting. At least, before COVID-19.

The current drip-drip-drip of NFL news/events/activity coincides with the shut-down of team facilities keeping teams from participating in their normal OTAs (and us from covering them). And while the league has tried to march on, business as usual, throughout the pandemic, it hasn’t been as easy/straight-forward as presented – thus, leaving content creators like us trying new things for attention, analysis, and fun.

But to this point, I’m not sure I’ve seen a more intriguing concept than re-drafting the whole freaking NFL:

In a lighthearted break from the action, we re-set the @NFL using a four-round snake draft. I handled @Chargers, and liked my outcome more than @MikeClayNFL, our independent auditor. https://t.co/GBThRX7ID3

ESPN’s cadre of NFL beat writers came together to re-draft the league in a unique way. In the exercise, the insiders are forced to draft a quarterback, a non-QB offensive player, and defensive player, while making a wild card fourth selection open to any position. Every active player is available. Salary caps don’t matter. The 2020 NFL Draft order is used, with traded picks going back to their original teams for this snake draft.

That gives the Bears the 19th, 46th, 83rd, and 110th picks in the draft. So let’s check out who ESPN’s Jeff Dickerson selected for Chicago’s football team:

Garoppolo is in that tier of quarterbacks with which you can certainly win. Henry is a bell-cow back who could carry the offense and help create down-the-field mismatches with play action passes (something Garoppolo excelled at with the 49ers last year). That’s where drafting Jeudy comes in handy. Having a a high-ceiling, big-play threat would really open up all sorts of things for Chicago’s offense. And to round out the team, Dickerson retained Jackson to roam around in the secondary as the defense’s top player.

On the surface, these are some good picks for the Bears. But ESPN analyst Mike Clay places the Bears in “Tier 4” after analyzing the entire draft. The Garoppolo pick receives praise, but Henry’s limitations as a pass-catcher don’t make him the best value, and drafting a rookie when there were proven starters on the board is a risky endeavor.

With that in mind, let’s try to elevate out of Tier 4. Here’s how I would have picked, based on the available board and how things shaped out after the picks.

Considering the importance of the position, Garoppolo’s play as a starter, his age, and his high floor, I can’t knock this pick. As far as I’m concerned, Garoppolo is the best quarterback on the board at this point. Getting the best available player at the game’s most important position is the right move here.

If it’s widely agreed upon that quarterback is the most important position on the field, then it’s only right to pick a player whose job is to take that guy out. Teaming the pick of a solid QB with a star pass-rusher is the formula the current Bears sought out when they drafted Mitchell Trubisky in 2017 and traded for Khalil Mack a year later. And not to brag on myself here, but I think I did it better (at least when it comes to the QB pick).

After establishing the most important positions on the field are the quarterback and the guy who attacks the quarterback, I feel as if the move here would be to protect the quarterback. A bunch of the upper echelon tackles have already gone off the board by this point. But rather than allow Johnson to fall to the Eagles at pick No. 85, I’ve decided to snatch him up with the 83rd selection. Because after picking your franchise quarterback, one of the first things a team should do is lock in a stud pass-blocker to keep said QB clean. Johnson can do that (and at a high level, too).

I wrestled with this pick more than any other selection. I discussed doubling-up on defense with a Darius Leonard (LB), Marshon Lattimore (CB), or Eddie Jackson (S). The idea of taking a running back crossed my mind, and it’s amazing that Miles Sanders and Aaron Jones went un-selected in this process. But I ultimately landed on bringing in the most well-rounded receiver on the board, drafting Robinson. After years of hauling in passes from Blake Bortles, Mitchell Trubisky, and Chase Daniel, teaming Robinson with Garoppolo felt like the right thing to do.