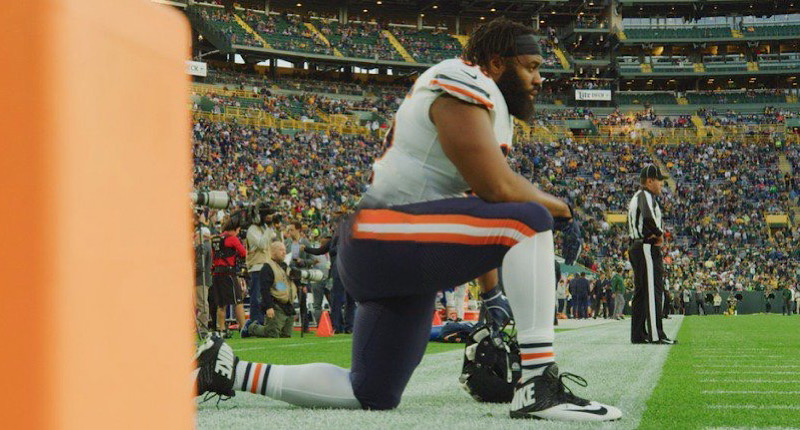 In case you’re unfamiliar with the football stylings of Akiem Hicks, I think this tweet from Chris Emma relaying the words of Bears Defensive Line Coach Jay Rodgers sums it up best:

Bears D-line coach Jay Rodgers is happy to have Akiem Hicks back.

"We know he's a dominant player inside. He creates a lot of problems for a lot of people. He's a mismatch for a lot of guards, centers and sometimes tackles as well. Those are the things that elevate the front."

The front lines of the Bears’ defense was missing that special something for most of last year. And because Hicks missed a large chunk of games recovering from an awful-looking elbow injury, it’s easy to put one and one together – he was the missing link between a defense that was darn good in 2019, but not as great as it was in 2018. The margin probably wasn’t as enormous as it seemed at the time, but it certainly could’ve meant the difference between an extra win for a team that finished 8-8.

With that being said, Hicks is healthy now. And according to his position coach, he’s ready to ball:

Bears D-line coach Jay Rodgers on Akiem Hicks: "He's going to be ready to go. He's told that to me, and to other people."

I try to reserve myself when I see tweets that fill me with optimism, but it’s incredibly hard to do that when I see that Hicks is telling his position coach and others that he is “ready to go.” Hicks is a key cog in what the Bears do defensively. From a schematic perspective, he’s a mismatch across the board. He can maul an opponent’s best offensive lineman, rush the passer, fill up space in the running game, devours running backs who run his way, eats double teams that help create splash plays for teammates, and even plays offense when called upon. The Bears need this guy in the lineup in order to reach their full potential.

On top of that, a healthy Hicks is one of the team’s most fun players to watch. And once he is ready to roll, the rest will follow. That’s what it is when you’re the heartbeat of the defense.