The Chiefs Are Giving Patrick Mahomes a 10-Year Contract Extension and the Richest Deal in Football (UPDATE: Over $500M) Skip to content 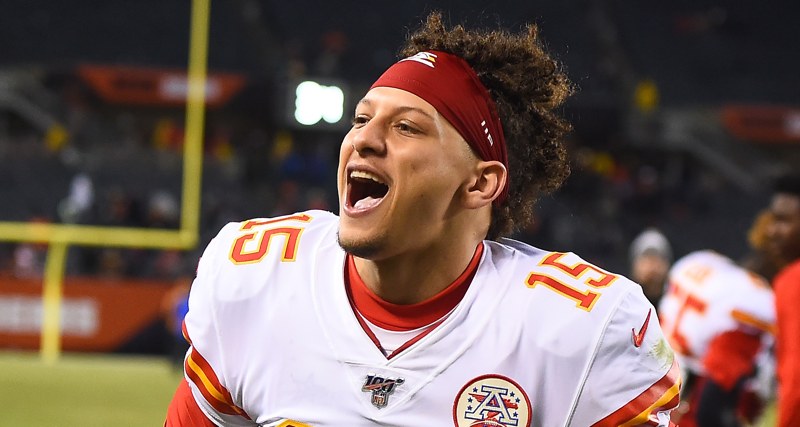 Patrick Mahomes is about to get PAID.

Patrick Mahomes’ 10-year — 10-year! — contract extension that ties him to Kansas City through the 2031 season will be the richest contract in NFL history.

Mahomes, who already had two years left on his existing deal, is set to agree to a 10-year contract extension that could keep him in Kansas City through the 2031 season. Specifics regarding the contract details haven’t yet been shared, but it looks like Mahomes’ deal will make him the highest paid player in league history. And why not? He’s two seasons removed from winning the NFL’s MVP award and just a few months from leading Kansas City to a Super Bowl title. It isn’t hyperbolic to think of Mahomes being on a Hall of Fame path just three years into his professional career, so it’s not like this deal isn’t deserved.

Even still … getting a record-shattering deal in the midst of a pandemic when league business has been slow elsewhere is mind-boggling. Good for Mahomes. And good for the NFL? I mean, the Chiefs’ willingness to shell out big money in these times suggests the franchise has faith in (1) Mahomes and his future, as well as (2) the health of the league moving forward.

More to come when details emerge.

Patrick Mahomes' 10-year extension with the Kansas City Chiefs is worth over $400 million in total, per league sources.

The more significant question is, How much over $400 million?

The reason there’s potentially not an exact number yet is that many believe his deal is ultimately tied to a percentage of the salary cap. So the higher the cap goes, the more he’ll make. Of course, that could end up working in the Chiefs favor, but still … dude got paid.

UPDATE II (Michael): The contract is not tied to the salary cap, and it is worth WELL over $400 million … Wowza.

The injury guarantee is $140 million, per source.

The contract does not contain language that ties its value to a percentage of the salary cap.

UPDATE III (Luis): This deal is getting bigger all the time!