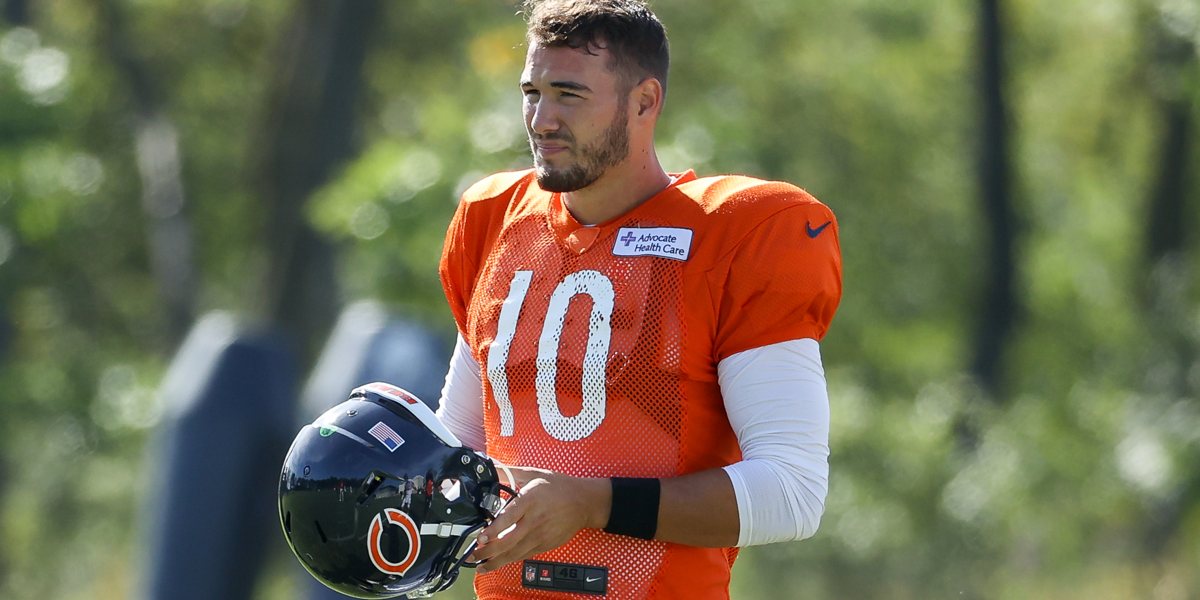 News hit the web on Friday evening that Mitchell Trubisky was entering the 2020 season as the Chicago Bears’ starting quarterback. The only thing left to be reported was why.

On Sunday, Nagy addressed Bears reporters in a Zoom press conference to explain his decision:

“In the end, Mitch won the job. And I think that that’s very important for him, us, for everybody to understand that he worked really hard to get to this point. We know that we all, in a lot of different areas, struggled in 2019. And so what I think was most impressive, from the end of the season until this past weekend was to be able to see some of the growth in practice and off the field that Mitch had. He decided to just control what he could control. He didn’t worry about distractions. He didn’t worry about other competition. What he did was just try to worry about getting better as a quarterback. Now, with that said, he now and we now, together, need to do that on game day.”

Alright, well that’s the type of all-encompassing answer that plays to the surface. But there had to be more. Later, Nagy dove into some specifics. And what stood out from Nagy’s deeper dive was apparent improvement where Trubisky had had past trouble.

“Decision-making has improved. We’re always working to try to get that better. And he knows that. You could feel the command. And I think the difference in the command that I felt, and our coaches felt, was it’s one where it’s very natural. It wasn’t made up. It wasn’t being told from somebody how to act. It was just very organic.”

Trubisky’s decision-making has long been a sore spot in his development. His struggles in making reads and progressions stunted his growth, made the Bears offense predictable, and limited the unit’s potential. Remember, Nagy made it a point to stress the importance of Trubisky needing to be better at reading defenses and processing on the field. We won’t know if Trubisky is better in that important aspect of the game until he hits the field. But since Nagy put it on our radar, it’s the thing we’ll keep our eyes on from the first snap of 2020.

We’ll have more from Nagy, Trubisky, and Foles in the coming days as we gear up toward Week 1. In the meantime, you can check out Nagy’s entire press conference below: