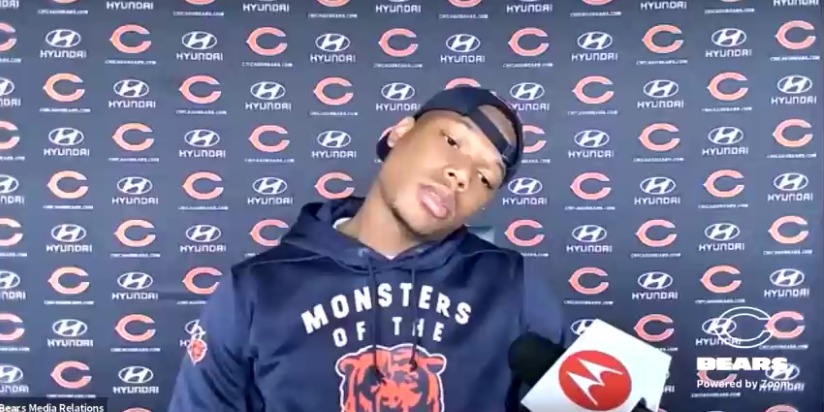 David Montgomery’s groin injury has him in a predicament.

Because while there is growing optimism that Chicago’s running back will play in Week 1, Montgomery sounds like someone willing to approach his return with caution:

Bears RB David Montgomery says he didn't do much in practice yesterday, saying he just wanted to be safe for now and in the long run. Says he's taking it one day at a time.

Montgomery told reporters at Halas Hall he didn’t do much at practice as a precaution. That’s wise thinking from the second-year back. After all, he shouldn’t want to rush back and possibly risk aggravating the injury to a greater extent. Taking it one day at a time is cliché as heck, but there’s always a morsel of truth in clichés. That’s how they become clichés in the first place.

Ultimately, the non-answer from Montgomery when asked about playing on Sunday is par for the course. But that Montgomery was speaking to the media in the first place feels like a sign that he will be healthy enough to play on Sunday. Or at minimum, be given the green light to get on the field with a managed work load. We’ll continue to monitor the situation and guess we’ll have a better idea on Montgomery’s status by Friday.