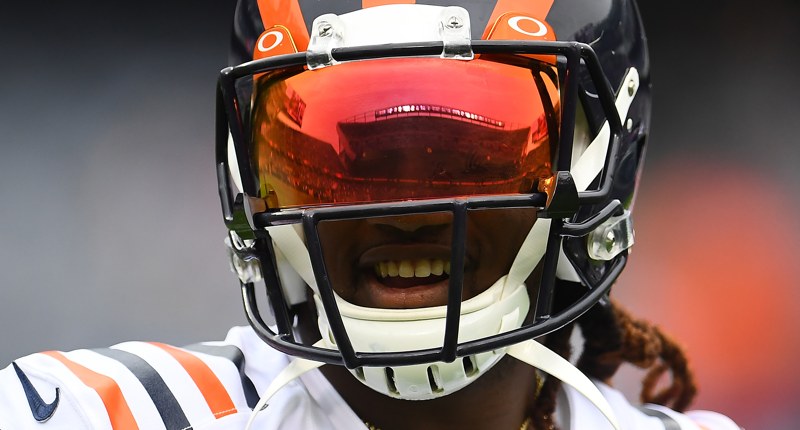 Cordarrelle Patterson is a jack of many trades.

He returns kicks at an All-Pro level, runs with power when taking handoffs in the backfield, dodges defenders in space when used as a receiver, and hunts down returners as a special teams gunner.

Just don’t look for him on the punt return team:

Cordarrelle Patterson: "I don't return punts."
Said he would if needed, but doesn't sound like it.

For the record, Patterson has never returned a punt in his eight-year career. Pro Football Reference’s data logs credit him for one (1) return that went for nine (9) yards. However, a dive into the game log from Week 1 of the 2016 season  reveals Patterson didn’t even field that return. Instead, it shows Marcus Sherels fielded the punt and lateraled to Patterson, who gained nine yards. So while Patterson sounds like he’d be willing to give it the old college try if asked to do so, he probably shouldn’t. Not if he sounds this uncomfortable with the idea of being that dude.

It’s not as if I think Patterson can’t do it. But I don’t like the idea of putting a player in a position where he is inexperienced (and possibly uncomfortable). Good coaches put their players in the best position to perform at their highest levels. Clearly, there’s a reason Patterson doesn’t have a punt return in his name to this point of his career.

Maybe this is a place where Duke Shelley can get some shine?

It’s easy to overlook Shelley when fellow cornerbacks Kyle Fuller, Jaylon Johnson, and Buster Skrine ball out. And while I had to dig into some YouTube archives to find tape of him returning a punt, I like what I see:

It’s not as if the Bears don’t have options. Anthony Miller has previous experience as a punt returner. So does Eddie Jackson, who was once viewed as a potential dynamic return specialist when he was drafted in 2017. But both might be deemed as too important to their respective position groups to risk losing on special teams. Perhaps Ted Ginn Jr. — who hasn’t fielded a punt since 2017, but has 257 returns under his belt — is a suitable option. In any case, the Bears might have to dig deep into their bag to unearth Tarik Cohen’s replacement at this key position.