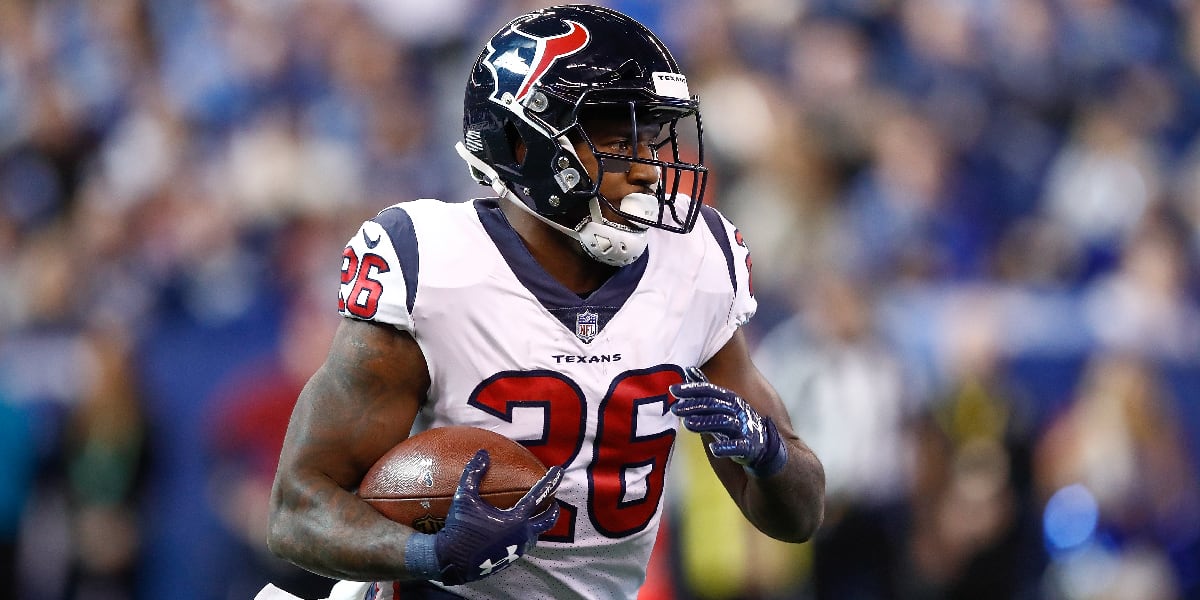 The Chicago Bears have a new running back in the mix at Halas Hall.

But to make room for him, the team had to release a member of its 2019 Draft class.

Running back Lamar Miller is officially a member of the Bears’ organization. In order to make room for Miller on the practice squad, the team released cornerback Stephen Denmark. The Bears drafted Denmark in the seventh round in 2019. Denmark’s size and speed made him an intriguing late-round roll-of-the-dice, but he never appeared in a regular-season game.

Miller, 29, joins the practice squad as running back depth behind David Montgomery, Cordarrelle Patterson, Ryan Nall, and Artavis Pierce. Adding someone with his experience is timely and nice — especially after losing Tarik Cohen to a season-ending ACL injury. Considering Miller’s ties to Bears Offensive Coordinator Bill Lazor (who coached Miller with the Dolphins) and Running Backs Coach Charles London (had Miller while with the Texans), I can envision a quick promotion to the game day roster if the Bears deem it to be necessary.

We’ll have more on Miller and his fit later.