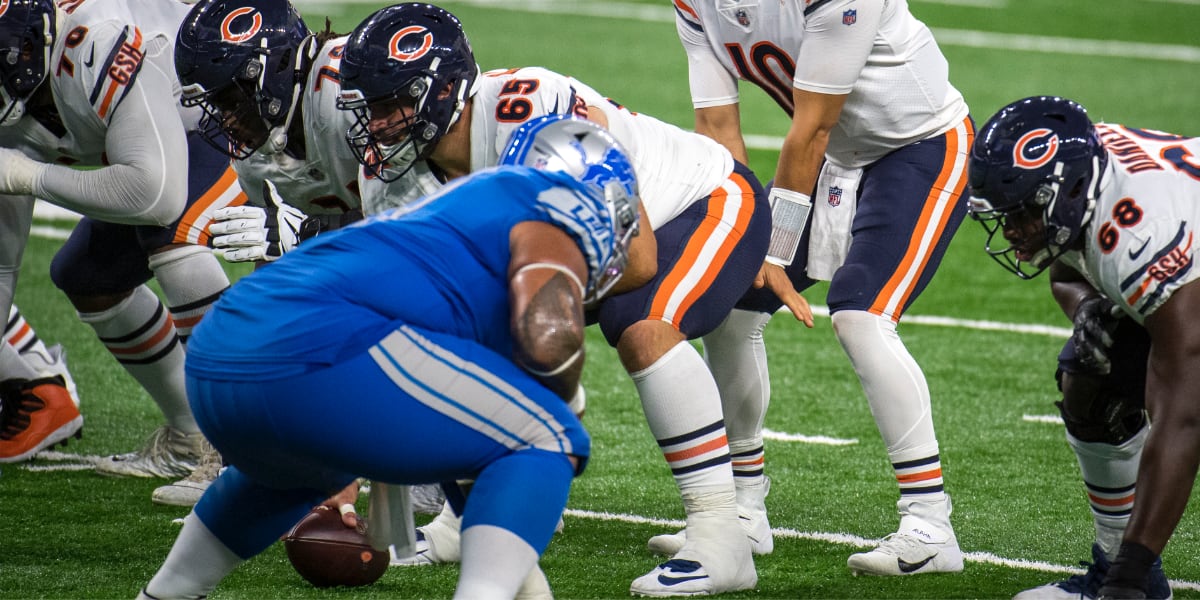 I’ve grown accustomed to Matt Nagy talk about “self scouting” during the bye, but wholesale changes haven’t been a thing the Bears have done after extended breaks.

That is about to change:

Germain Ifedi figures to move out to right tackle tonight. Cody Whitehair is expected to slide out to guard. Sam Mustipher is in line to be snapping to Mitch Trubisky.

Chicago Tribune reporter Dan Wiederer shares the line-change happening with the Bears’ front five. It’s a series of moves that feels like a Hail Mary toss, but one that could turn out to be worth the squeeze.

Starting right guard Germain Ifedi slides over to right tackle. Ifedi has extensive experience at right tackle, a position he started at with the Seahawks for most of his time in Seattle. Moving over to a guard spot is Cody Whitehair, the team’s starting center. Even though center seems to be his best position, Whitehair has dabbled at guard in multiple seasons. Replacing Whitehair at center is Sam Mustipher, who did an admirable job in Whitehair’s place against the Saints. Unfortunately, Mustipher suffered an injury that took him out of action for a few weeks.

The musical chairs revolving around the Bears’ offensive line spots leaves Rashaad Coward – who has started at guard and tackle – without a spot.

We’ll see what other moves come about once the inactives list drops.

You can turn $10 into $100 tonight at William Hill if the Bears can just score once.