Yep, the NFL Will Air a Playoff Game on Nickelodeon, Using SpongeBob and Slime to Appeal to Younger Fans Skip to content 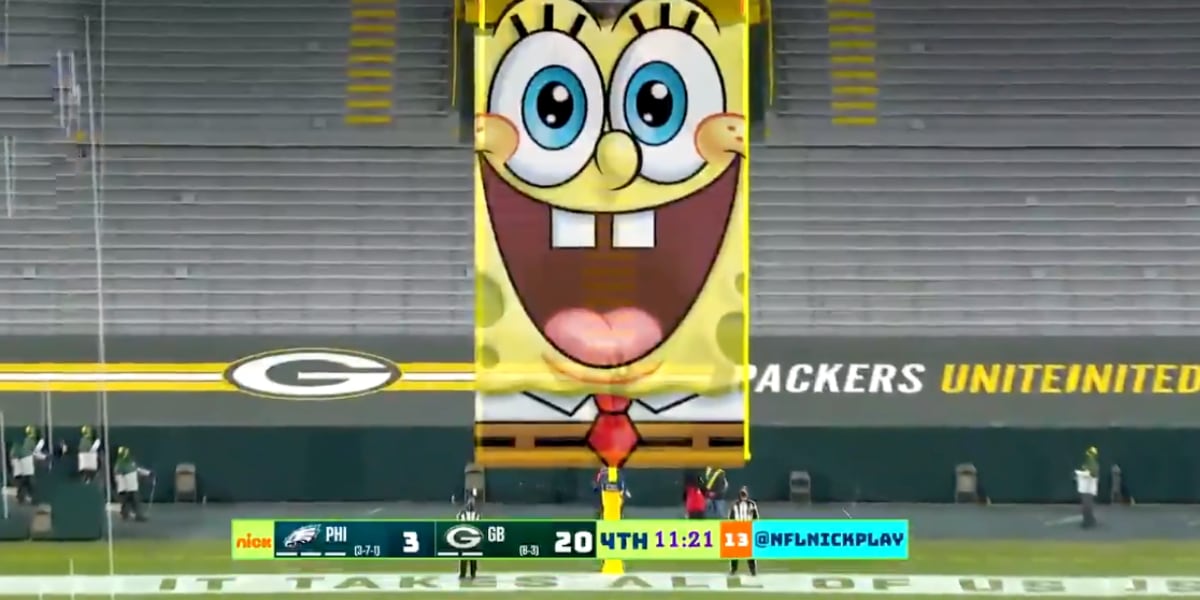 I’m naturally cautious when someone promises me something like I’ve never seen before.

But when that something is playoff football with Slime, consider me to be all aboard:

SpongeBob, Slime, and Googly Eyes, @NFLonCBS and @Nickelodeon will present the NFL like you’ve NEVER seen it before on Wild Card Weekend.

In the never ending battle for world domination ratings attention from fans of all demographics, the NFL is simulcasting a CBS Wild-Card Weekend game on Nickelodeon. That broadcast will feature SpongeBob Square Pants, green slime, and other elements that are meant to appeal to children. Is it bold? Yes. Ridiculous? Certainly. But is it fun? Absolutely!

This year needed legitimate wackiness, and CBS/Nickelodeon is going to bring it. As far as I’m concerned, this is the kind of bold roll of the dice that all leagues should be taking to expand their respective fan bases. Because while this doesn’t necessarily appeal to me, I know better than to think it’s all about yours truly and others in my demographic. Let the kids have their fun! And if Aaron Rodgers can get slimed in the process, then I might want all games on Nickelodeon. Let’s just go for the gold!