How Attractive is the Bears' Defensive Coordinator Gig Anyway? And Other Bears Bullets Skip to content 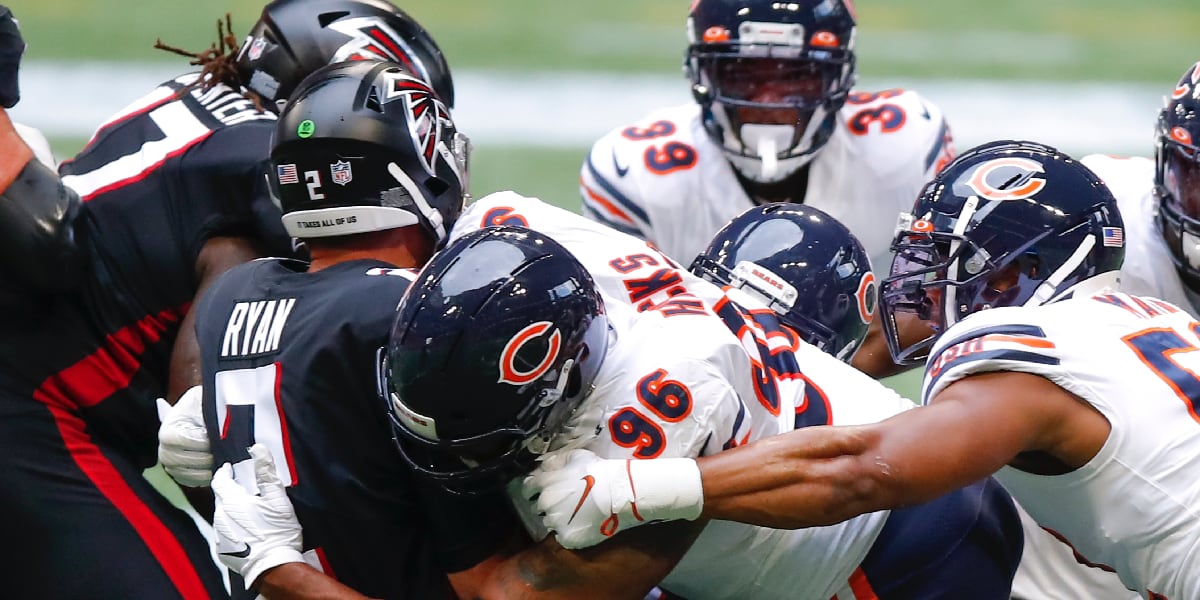 The sports world lost an icon today with news of Hank Aaron’s passing. So in lieu of a drawn out intro to today’s Bullets, let’s enjoy some Hammerin’ Hank highlights:

•   In their season-ending press conference, George McCaskey, Ryan Pace, and Matt Nagy made clear their belief that the Bears were a quarterback away from righting the ship at Halas Hall (Michael: Oh, is that all? LOL). However, the mass exodus of coaches suggests to me that not everyone feels that way. In the cases of Dave Ragone and Charles London, they’re leaving for promotions. And in London’s case, moving from RBs Coach to QBs Coach is a promotion that could springboard him into offensive coordinator roles and head-coach interviews if things go well. So, ultimately, I can’t fault them for wanting to leave for new opportunities.

•   And yet, I’m still bugging about Jay Rodgers’ departure. Losing a great position coach stinks. But that there’s been no word beyond the initial rumors if he was a candidate for the Bears’ vacant DC gig or if he interviewed bothers me. Good internal candidates are hard to find. And even if Rodgers wasn’t going to get the job, the Bears would’ve been wise to pick his brain and ask about his vision for this defense’s future. Maybe that happened and it’s all being kept under wraps. But on the surface, it looks like a missed opportunity for Chicago’s defense to maintain continuity while moving in a new direction.

•   Maybe that DC gig isn’t as attractive as it once was. It certainly isn’t what it was going into the 2019 season. The gang is two years older, far more expensive, and not nearly as productive when it comes to sacks and takeaways. It’s not as if this group isn’t without talent. Khalil Mack and Roquan Smith were second-team All-Pros in 2020. Eddie Jackson and Kyle Fuller are a year removed from being Pro Bowlers. Akiem Hicks still flexes on opponents. Bilal Nichols is a growing contributor. Jaylon Johnson is a young cornerback on the rise. There are pieces here, but this isn’t the same collection of players coming off an all-time great year like they were in 2018. Guess we should keep that in mind as we go through this search.

•   Then again, there’s another way you can see this wave of departures. One could look on the bright side and see other teams poaching coaches off the Bears’ staff as a sign that Matt Nagy/Ryan Pace have made some good hires over the years. And if that’s what you want to do, then you could allow yourself to think that they could do it again. There’s a non-zero chance of that happening. However, it’s far more difficult than in previous years. The outlook of the Bears’ different now. We’re witnessing a defense with a closing window, an offense in transition, a team needing a quarterback, and uncertainty surrounding the long-term future of the head coach and GM. Through that lens, these jobs won’t be as attractive as they would have been last year or the year before.

The NFL announced it has set capacity for the Super Bowl at Raymond James Stadium at 22,000 fans: 14,500 paid tickets, plus 7,500 vaccinated health care workers who will receive free tickets.

The NFL is inviting 7,500 vaccinated health care workers to attend Super Bowl LV to thank and honor them for their continued extraordinary service during the pandemic.

Jennifer King is being promoted to a full-time offensive assistant gig with the Washington Football Team, sources confirm. Almost a year after coming on as a full-year intern.

•   The Bears beat moves on without two of my favorite people in the industry:

Today was my last day at NBC Sports Chicago.

I’m so grateful for my 11 years there, starting as a college intern in 2010. It’s literally the only place I’ve ever worked.

I don’t know what’s next but I couldn’t have asked for better people to work with over the years.

today was also my last day at nbc. working there was fun as hell and i owe like three thousand people for that. nothing left to do but smile

•   Two of the hardest things to find in this industry is balance in your reporting and your voice. If you find both, then you can successfully bring in an audience. JJ and Cam did that over the years at CSN/NBC Sports Chicago. Their styles are fun, informative, and honest. As a reader and a fan, they hit all the right notes. I hope someone hires both soon.

•   The football world lost one of the most accomplished executives when former Packers GM Ted Thompson died at age 68 on Thursday. Thompson built some great Green Bay teams that were worthy adversaries over the years. May he Rest In Peace.