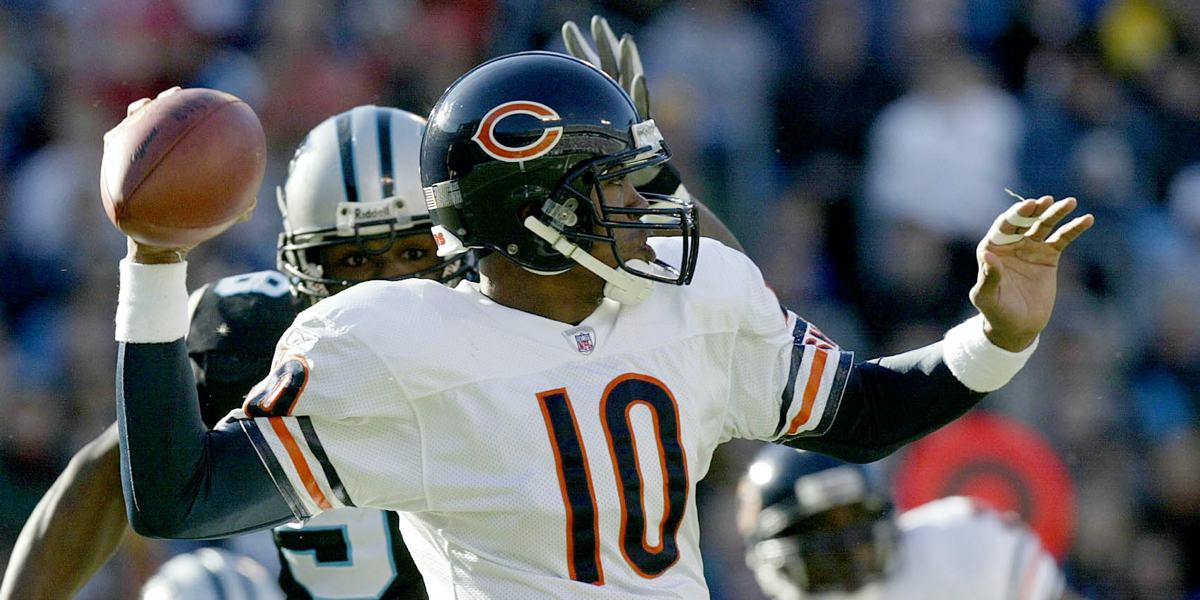 Matt Nagy was “fired up” about hiring former Bears quarterback Henry Burris to his coaching staff in 2020.

A year later, Burris is sticking around.

ESPN’s Field Yates tweets the Bears are giving Burris a promotion to Offensive Quality Control Coach. Burris joined the Bears as a Bill Walsh Diversity Fellowship recipient last season after stellar career in the Canadian Football League. Now he has a full-time roll as a quality control assistant. Congrats, guy!

Burris is one of the most decorated quarterbacks in CFL history. He won three titles, two championship game MVPs, and was the league’s Most Outstanding Player award recipient twice. And while his NFL career never matched his CFL exploits, his journey, perspective, and understanding of football gives him some good credentials to work with. Here’s to the next step in Burris’ ongoing journey.

Don’t think of this as a small, inconsequential step for Burris (or the Bears). Three years ago, Ronnell Williams was part of Nagy’s first class of Walsh Fellowship recipients. A year after that, Williams was hired as a Defensive Quality Control Coach. Clearly, this is a springboard the Bears are using to bring in diverse coaching candidates and promote them within the system. And after a year in which the NFL made public pushes for more diverse hires, it’s good to see Chicago’s football team putting action behind those words.