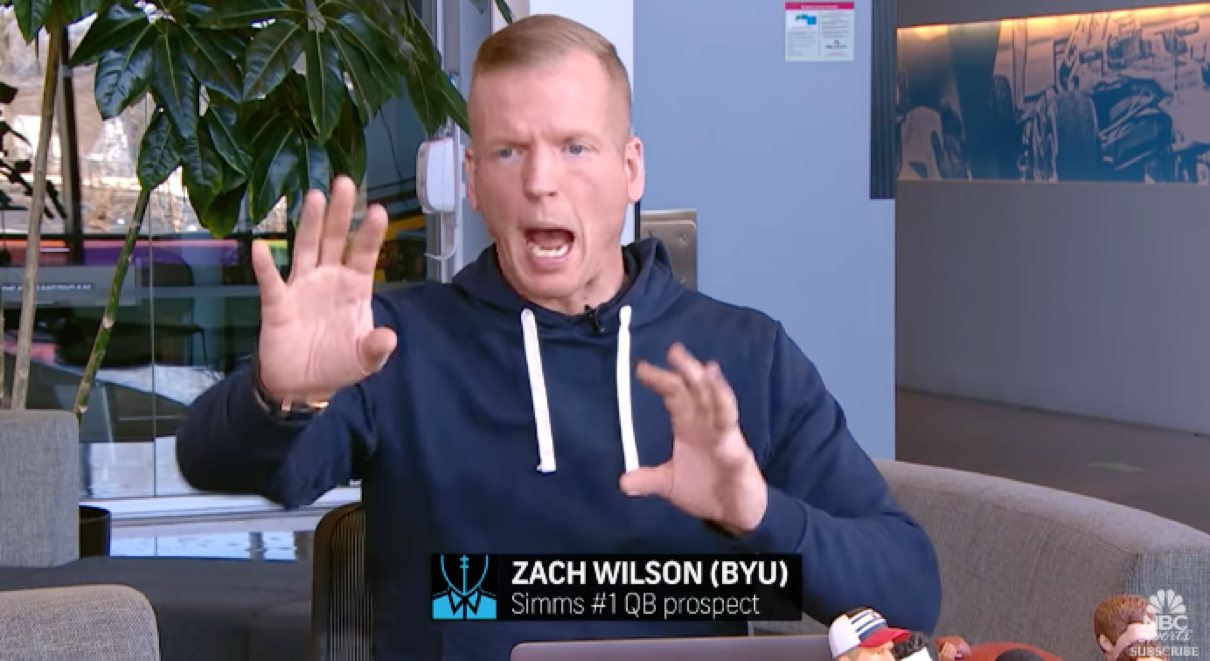 The pre-draft process comes with waves of information that can seem overwhelming at times. But that’s what happens when you meet at intersection of analysts, insiders, draftniks, thought-leaders, and hundreds of draft-eligible prospects.

And yet, through all the noise, Chris Simms’ quarterback rankings stand out.

The names are familiar, but the places they land aren’t.

Any pre-draft ranking that doesn’t have Trevor Lawrence at the top will raise eye brows. As will ones that have Mac Jones in the top-3, and Kellen Mond in the top-5. But it’s not as if Simms is doing this to be hipster cool, out-of-step for no good reason, or anti-groupthink for the sake of being unique. Instead, it’s an honest assessment based on one man’s vision. I can respect that, even if I might not agree with it.

But more than that, Simms’ previous rankings have been prophetic at times. So much so, it makes me think we should take a closer look at what he is presenting with his rankings.

That seems to have been accurate, to say the least.

A year later, Simms put Lamar Jackson and Josh Allen at his top two spots. That left Baker Mayfield, Sam Darnold, and Josh Rosen to follow behind that duo.

To this stage of their respective careers, this certainly looks like Simms nailed this one.

Most recently, Simms had Justin Herbert (and not Tua Tagovailoa) as his QB2 in 2020.

Now, I’m not saying Simms has a Jedi-like power to see into the future. But I am saying that his current rankings and track record is enough to have us re-considering what we think about this draft class and how we go about evaluating possible fits for the Bears. So, let’s keep an open mind when thinking about Kellen Mond and the Bears being totally smitten with each other. Allow yourself to view Mac Jones’ prospect status with clear thoughts, especially after he had a “great” formal meeting with the team. And let’s continue to keep a critical eye regarding all of the draft-eligible quarterbacks who could be chosen by the Bears in the 2021 NFL Draft later THIS MONTH.

I’m certain Chicago’s football minds have different ideas than those of Simms. But maybe they should take Simms’ rankings into consideration. I mean, they’ve tried everything else.

For more from Simms, check out the video below: