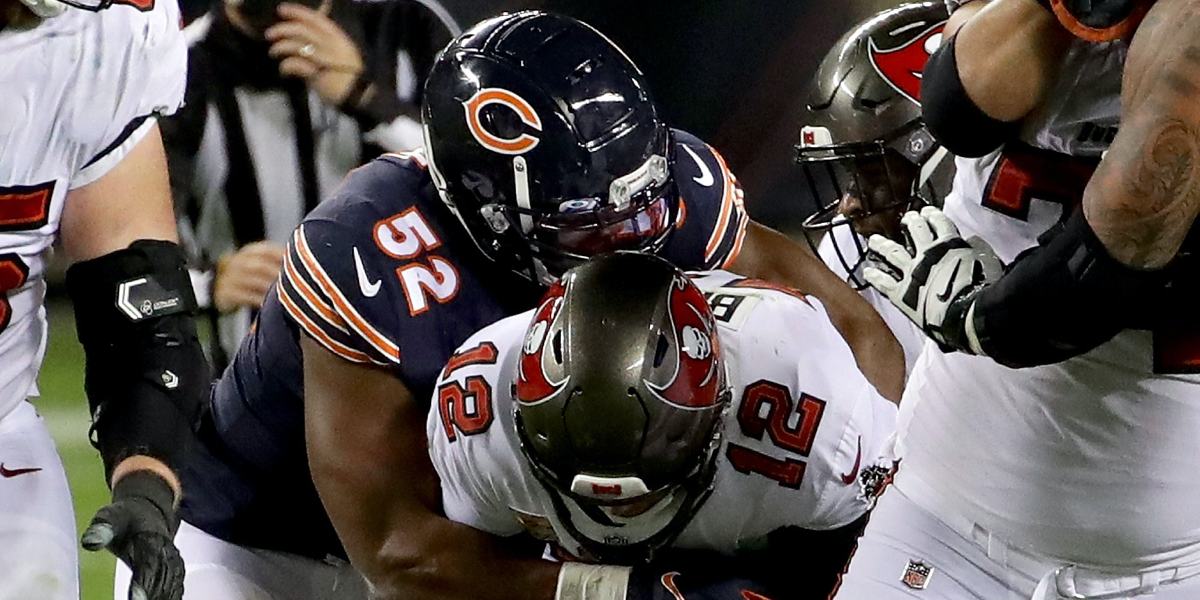 Looking for a song to lead off my summer playlist.

Is this the one?

I suspect the NFL actually wanted the Bengals/Bears game early in the schedule because they new it'd go from Dalton -> Fields at some point and that game's narrative is more interesting if Dalton is still the starter.

•   The Bears must straddle a fine line here. They spent the offseason publicly pushing Andy Dalton as their starting quarterback. Dalton also said the team gave him assurances he would be in that role. I can imagine that the team wants to give Dalton a fair chance at the gig, if only for the sake of being true to its sales pitch. However, it always seemed as if Dalton knew there was a real chance he could be replaced by a draft pick. And because of that, I can see the Bears pulling out from Dalton quick if he isn’t cutting it. In the end, I really think “we’ll all know” when it’s Justin Fields’ turn to be QB1. And I believe how the QBs perform this summer will set the stage for how the chips fall when the season kicks off.

•   Chicago’s football team doesn’t make the cut here, but I’ve got some thoughts:

•   My first thought is that the Bears’ 2021 schedule includes three of the four teams analyst Brian Baldinger considers among the best in football. Browns, Buccaneers, and Packers figure to give Chicago a challenge at the point of attack. But it’s not like the Bears are slouches on defense. These battles should be good. My other thought was that all four teams mentioned (hey, the Colts are here, too!) are considered legitimate playoff contenders. Want to constantly be getting a spin at the wheel every postseason? Build up your offensive line. I’m looking forward to the competition that lies ahead for the Bears’ big guys up front. But moving forward, I’d love to see some studs lock into their positions.

•   Fun (?) factoid: The Bears will play 7 games against the NFL’s top-10 offenses, per Cynthia Frelund’s projections. Four of those games come against two NFC North rivals — the Packers and Vikings. But the Bears also have games against the Bucs (1st), Browns (7th), and Cardinals (9th). This is where it stings to lose someone like Kyle Fuller in the secondary. We’re talking about having to defend Antonio Brown, Mike Evans, Chris Godwin, Davante Adams, Jarvis Landry, Odell Beckham Jr., Justin Jefferson, and DeAndre Hopkins. None of this will be easy. And it certainly won’t be a walk in the park if the Bears are starting a rising second-year player (Kindle Vildor) and third-year pro (Duke Shelley). Then again, maybe the young guys will hold their own.

•   NFL’s Next Gen Stats list Daniel Jones, Derek Carr, and Kyler Murray as the top 3 deep passers of 2020, based on completion percentage above expected on throws 20+ yards downfield. That seems oddly specific, but hey, I trust the nerds and their numbers. I’m also noting that all three quarterbacks are on the Bears’ schedule this coming season. Wow. Chicago’s secondary really has its work cut out this season.

•   Thankfully, Jaylon Johnson seems primed to take a second-year leap that would cement his status as a legitimate CB1:

I Think Jaylon Johnson is Ready to Take Over CB1 Responsibilitieshttps://t.co/fRxaRa9hY9

•   Sure, Johnson was already taking that title by default with Kyle Fuller’s departure. But getting a top-5 ranking in a metric where you’re rubbing elbows with great corners + showing what he did last year suggests to me Johnson is legitimately on the cusp of being a true CB1. And if Johnson an be that guy, it will be on the rest of the room to step it up. Because if teams decide they can’t pick on Jaylon Johnson, they’ll start targeting everyone else.

•   I didn’t think I’d fall down a schedule rabbit hole on a Saturday in May. However, after doing so, I can see why the Bears’ strength of schedule is what it is at this stage of the game. None of this is to say the Bears can’t beat any of these teams. Heck, they have beaten Minnesota, New York, Seattle, Arizona, Baltimore, Pittsburgh, Tampa Bay, Cleveland, and Cincinnati in their most recent meetings against each of those teams. Sure, the Cardinals, Ravens, Browns, and Bengals have changed quarterbacks since then. Meanwhile, the Seahawks and Giants have made a number of changes since they last played the Bears. Heck, the Bucs have won a Super Bowl since losing to the Bears. But all of that makes my point for me — on any given day, and under any given circumstances, any one team can beat another.

And you thought @ZMiller86 couldn't get any cooler…

Our guy's debut single "How Ya Like Us Now" is out NOW! pic.twitter.com/y5KWsPWCXi

•   Now drop the diss track on Al Riveron for stealing a touchdown from your record.

•   Standing mixers, curtains, charging gear, and more are your Deals of the Day at Amazon. #ad

We're so happy to share Bryan’s conversation w/ @TheJimmyGraham TE for the @ChicagoBears! We're moved by Jimmy’s willingness to hear Bryan’s story & share words of encouragement based on football, which is about pushing obstacles aside like a monster DT! https://t.co/dkOFwtKyPY pic.twitter.com/ng8BIyc1pK

•   The Blackhawks get an extra draft pick as compensation for this performance, right?

•   In the Knicks’ finest hour since who knows when, Chicago’s finest are still center stage:

First five out for Game 3 🖐 pic.twitter.com/mOzJ6c5IaR