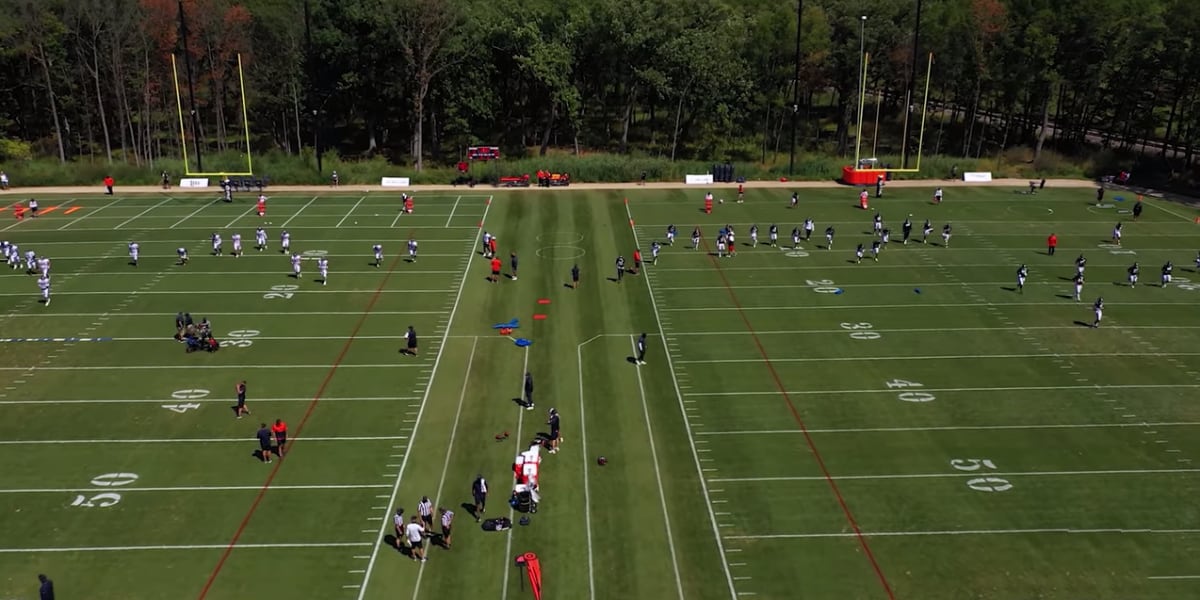 Don’t let the headline scare you. “America Has a Drinking Problem” by The Atlantic’s Kate Julian is a fascinating read.

•   It’s wild to think about how the NFL season kicks off in 100 days with the Bucs and Cowboys on Thursday Night Football. But, at least for this moment, I’d like to not rush into it. Don’t get it twisted. If you’re reading this, you know how much I want to see Justin Fields and friends doing things on the gridiron. But I’m not trying to rush through summer. And I don’t imagine I’m alone here.

Position battles, QB reps and how many players even show up?

The Bears start OTAs today, with Wednesday's session open to the media. @sean_hammond has some things to keep an eye on this week.https://t.co/DXeDXZVxXV

•   The recruitment of Arch Manning — the grandson of Archie, son of Cooper, and nephew of Peyton and Eli — will be one of the most fascinating sports stories to follow in the coming year. And if Chicago’s football team hadn’t chosen Justin Fields in the 2021 NFL Draft, I’d have jokingly (?) made a post about how the Bears’ next great quarterback is busy choosing between LSU, Alabama, North Carolina, Ole Miss, and any other big-time college that comes calling. Instead, we’re dreaming on Justin Fields’ future.

•   Not only are we all *heart-eyes emoji* over what a future with Fields looks like, we’re already diving into how the Bears can best prepare for his arrival as QB1 right now. To that end, I’m fascinated by the impending visit of free agent offensive tackle Morgan Moses. Snagging a right tackle who hasn’t missed a start since 2015 would represent a nice bookend to rookie Teven Jenkins. And if that pushes Germain Ifedi to the inside, or makes him an expensive swing tackle, then so be it.

•   Creating competition along the offensive line can result only in good things. For instance, how would you feel if Chicago had three reserve offensive linemen on its bench who possess NFL starting experience? Not only would I feel good about the situation, I’d feel better than I did about the group at this time last year. I don’t want to get ahead of my skies here, but it sure would be nice to see the Bears strike while the iron is hot.

•   The first time I heard about football triplets was in reference to the 90’s Cowboys trio of Troy Aikman, Emmitt Smith, and Michael Irvin. Since then, creating dynamic NFL threesomes has been the best way to go about creating superlative offenses. As for the Bears, they’re not quite there just yet. Jared Dubin (CBS Sports) ranks the triplets around the league, and Chicago’s football team isn’t cutting it right now. The Bears have the 25th ranked set of triplets, and Dubin believes they’d rank lower had running back David Montgomery not finished strong. But that’s why they play all the games and not just a portion. The last-line zinger: It’ll be interesting to see where this group ranks next year, assuming Justin Fields takes over under center at some point… gives me hope that this group could finish higher at season’s end.

Today’s #Cubs starting pitcher Kohl Stewart was ranked higher as a high school QB than a certain ex-Bear in the Class of 2013 pic.twitter.com/roP5iv6Prv

•   Side note: Aaron Bailey (Bolingbrook) is one of the most fascinating high school football players I had a chance to cover as a preps reporter. He had a unique combination of size and speed, wiggle in the open field, and a willingness to make a play in the guts of a game. The accuracy really wasn’t there as much as one might want. But there isn’t a high school player I enjoyed watching play quarterback more than Bailey. And a top-20 ranking in that quarterback class further justifies my gut feeling.

•   My friend sent me this tweet last night, and now we gotta start calling the Arlington (Texas) Professional Football Team by this name because those are the rules now:

Someone in my Norwegian class didn't know the word for cowboys so called them 'American horse pirates' and I've been laughing about it for about an hour.

•   Part of me wonders if we let sports fans into arenas too soon. Another part of me is curious to know if we’re seeing a run of enabled doofuses who aren’t accustomed to facing consequences for their actions and think they can do whatever they want reaching the apex of their hubris. In any case, it’s gotta stop before idiots ruin it for the rest of us:

A Big Dumb Idiot Ran Onto the Court During Wizards-76ers, Was Tackled and Immediately Banned https://t.co/ftliDaxUHy

•   Everyone whose path I crossed during my time at the Tribune had nothing but good things to say about Vaughn McClure:

To donate to the Vaughn McClure Foundation, visit the organization’s webpage:https://t.co/yxVZodi8Jc