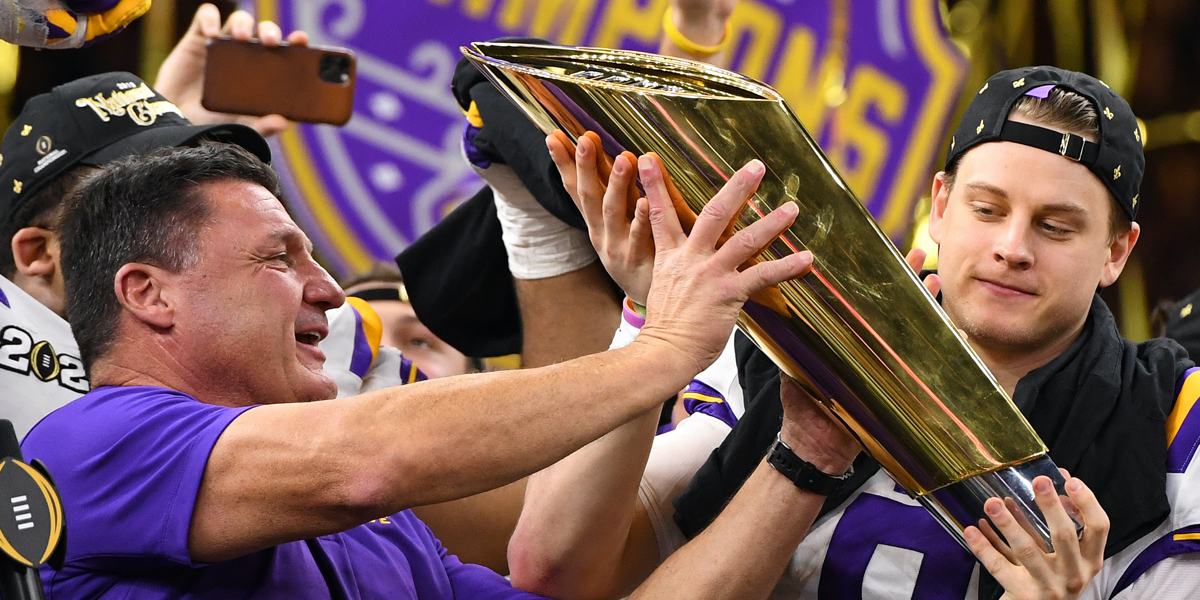 There’s a love-hate relationship between college football fans and the playoff system that crowns a champion. The premise is simple enough. A committee of humans get together and put the best four teams in a tournament. From there, the 1-2 and 3-4 seeds square off for championship supremacy. Unfortunately, because no one can truly agree on the best four teams, there’s plenty of hand-wringing when discussing which teams deserve to be in the mix.

Perhaps, with that in mind, changes could be coming:

This is just a recommendation, but if it comes to pass that'd be a hell of a coup for the G5.

How did the CFP go so quickly from defending 4 teams to recommending 12?

Because the SEC got behind it.

This pleases all parties.

Well, there are a handful of intriguing developments here. And on multiple fronts, too.

Check out the official release:

For starters, an expansion from 4 to 12 teams makes the tournament more inclusive. It adds to the at-large pool, which could be a boon to conferences that aren’t the SEC. Don’t get me wrong. I enjoy watching SEC football as much as the next guy. But a four-team tournament felt like a de facto SEC tournament spinoff.

Getting more teams in the action should make for more intriguing matchups. It shouldn’t be lost on us that the SEC was behind this push that could help teams like marquee Power 5 schools (think Wisconsin, North Carolina, USC, Iowa State) that have great seasons but can’t crack the playoff because they’re second in a conference behind a powerhouse. Or perhaps a team like last year’s Cincinnati squad that wasn’t in a power conference, but played well enough for consideration. Then again, this also helps that second tier of SEC schools (Auburn, Texas A&M) in their efforts to get in on the action.

We’ll keep our eyes on how this develops. Not just because we’re football watchers who love games of consequence. But also because we LOVE prospect watching in big games. So with that in mind, let’s continue watching to see if these recommendations become officially official.