Report: Left Tackle Jason Peters is Expected to Suit Up for the Bears Today Skip to content 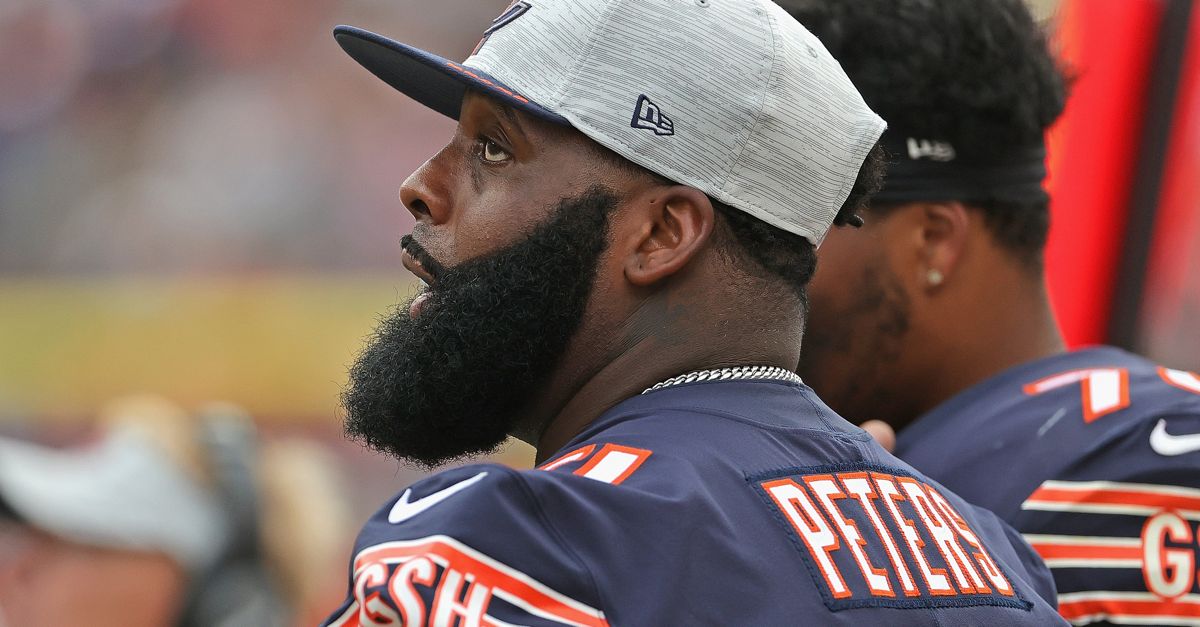 There were some question-marks next to the names of key Bears players whose playing status for today’s game against the Bengals was up-in-the-air.

And while we’ll get full clarity on these situations when inactive players are announced later this morning, NFL Network Ian Rapoport delivered at least one positive report:

#Bears LT Jason Peters, listed as questionable with a quad that limited him last week, is expected to play today vs. the #Bengals, source said.

Jason Peters, the Bears’ starting left tackle, is expected to play against the Bengals. Peters went down with a quad injury in Chicago’s Week 1 loss to the Rams, then saw his backup (Larry Borom) fall to the injury bug with an ankle issue that put him on short-term IR. Hence, getting Peters back in the lineup is an even bigger deal. I’d bet Andy Dalton (and Justin Fields, I guess) are happy to see No. 71 get the green light to play. Should push come to shove and Peters has limitations, Elijah Wilkinson is first in line to take those reps. And if anything else happens, uh … let’s just hope it doesn’t get to that point.

Elsewhere, PFT’s Josh Alper expects nose tackle Eddie Goldman (knee) to miss out on his second game. While the statuses of Marquise Goodwin (quad), Joel Iyiegbuniwe (shoulder), Darnell Mooney (back), Robert Quinn (back), and Nsimba Webster (hamstring) are still pending after being questionable on the week’s final injury report. More on that later this morning. And hopefully, more positive reports are on the horizon.