Halftime Check-In: Where is the Protection and Play Calling to Help Justin Fields? Skip to content 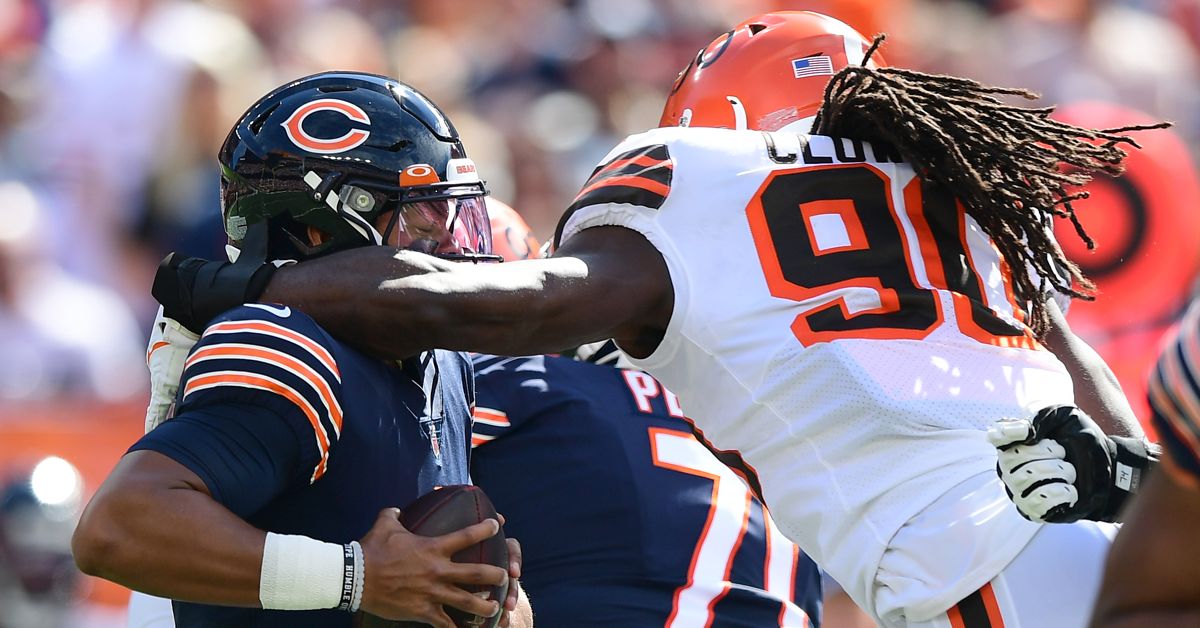 The Bears and Browns are roughing it out through a tightly contested game through one half. And on the one hand, that isn’t the worst thing. Let’s be real, this could be worse.

But … UGH! What in the world was any of that?

⇒   The play script has been unimaginative and uninspiring. This isn’t what anyone was wanting to see out of Justin Fields’ debut. Where are the quick passes to get a lather built up? What about play action to keep a defense off balance? How about a screen to make pass-rushers think twice before going on an all-out sprint to the QB?  I can understand playing some places conservatively, but there’s nothing wrong with pushing the envelope in places.

⇒   Pass protection has been porous. An offensive line that was playing well enough to garner positive reviews after two weeks isn’t cutting it to start Week 3. Fields was sacked four times and has been hit on six other drop-backs. It’s hard to build an offensive rhythm when your quarterback can’t stay upright. It doesn’t matter who is calling plays when the blocking isn’t allowing for anything to develop.

⇒   But the Browns haven’t been great either. At least, they weren’t before that last two-minute drive. That’s because the Bears defense was putting in that work. Three sacks, four more QB Hits, and three tackles-for-loss is a good start. No matter the game situation, you’ll take that every Sunday. However, long third-down conversions and a two-minute spurt made for a 10-3 halftime deficit. But it would’ve been worse without the defensive efforts.

The good news is that the Bears will receive the second-half kickoff. So Matt Nagy can cue up whatever second-half adjustments immediately upon returning to the field. But based on that first half, there is plenty to look at and fix during intermission.