Aaron Rodgers Tries to Explain Himself Skip to content 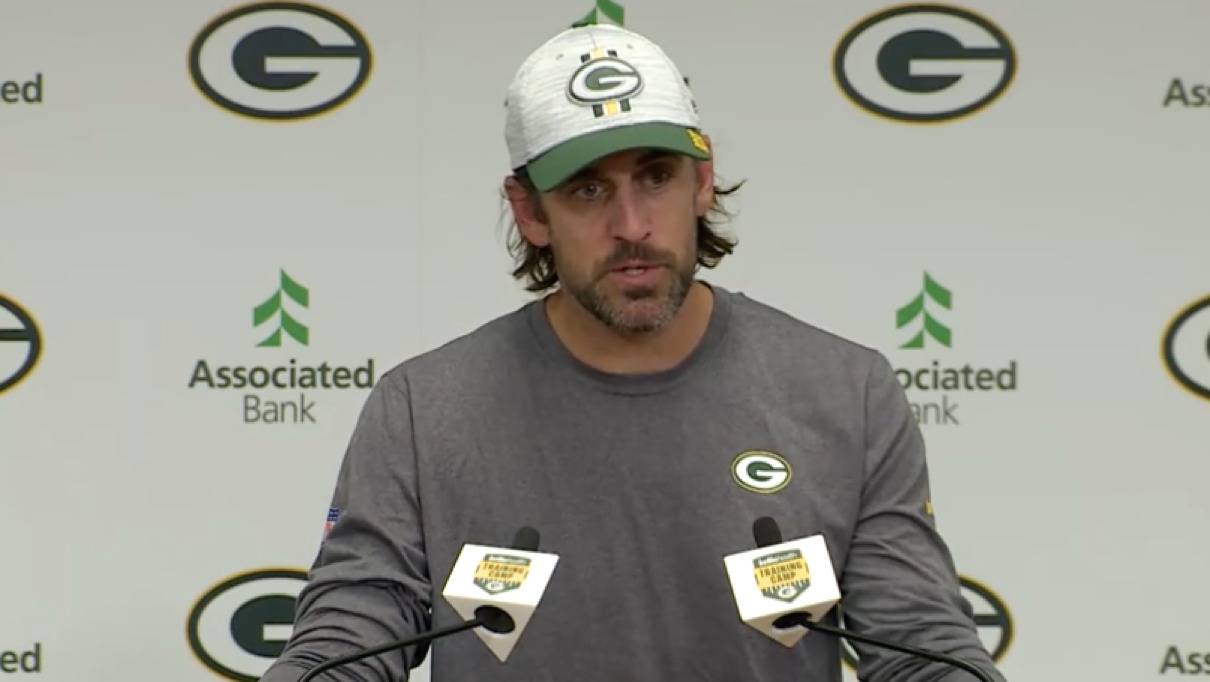 It’s been a wild week for Aaron Rodgers.

The Packers quarterback tested positive for COVID-19 and was put on the Reserve/COVID-19 list, which led the team to sign Blake Bortles because Rodgers’ positive test also took down a backup and dragged him into protocols. The whole thing also put the NFL in a position to investigate whether Green Bay was properly enforcing the league’s health and safety protocols, since Rodgers was unvaccinated (despite seeming to claim the opposite earlier in the offseason).

On Friday, Rodgers  was given an opportunity to explain what happened leading up to his placement on the COVID reserve list. And in an arena in which he was comfortable, appearing on the Pat McAfee show, where he is a regular guest.

What Rodgers has since said on the programming was flooring. Let me offer up a selection if you weren’t able to watch:

"I'm not an anti-vaxx, flat-earther.. I have an allergy to an ingredient that's in the mRNA vaccines. I found a long term immunization protocol to protect myself & I'm very proud of the research that went into that" ~@AaronRodgers12#PatMcAfeeShowLIVE pic.twitter.com/FDMmI5rZmO

Rodgers says he's a "critical thinker" and doesn't believe in giving in to "woke culture," rather making choices that are best for his body.

Rodgers says he had an allergy to an ingredient in Moderna and Pfizer, so J&J was the only option. Then he mentions J&J clotting issues.

Rodgers now says that people tried to cancel Allen Lazard for being unvaccinated.

Rodgers: "I have followed every single protocol to a T, except that one that makes absolutely no sense to me."

That one he's referencing is the rule that he has to wear a mask at indoor press conferences. Mentions how all reporters are vaccinated and masked.

Rodgers: "The great MLK said, 'You have a moral obligation to object to unjust rules and rules that make no sense.'"

Rodgers: "The right is gonna champion me and the left is gonna cancel me. I don't give a shit about either of them … Politics is a sham."

Wrapping my mind around everything that was said and unpacking it in full will take some nuance, not to mention a fair amount of time. But listening live and following the quotes transcribed by beat writers confirming I wasn’t mis-hearing things is absolutely wild. If I wasn’t tuned into McAfee’s show, I’d have thought it was performance art on another level.

In the end, the entire weight of legitimate science indicates that vaccines are safe and effective. For more on this topic, the Centers for Disease Control and Prevention website has worthwhile information to browse through if you feel inclined to learn more.

To sum up his surreal appearance on @PatMcAfeeShow, #Packers QB Aaron Rodgers said he hopes for a “conversation, not a controversy.” Adds, “I’m very excited for Jordan (Love). It’s going to be very strange to watch a game without being there.” Much more: https://t.co/m7hI6u9v8V