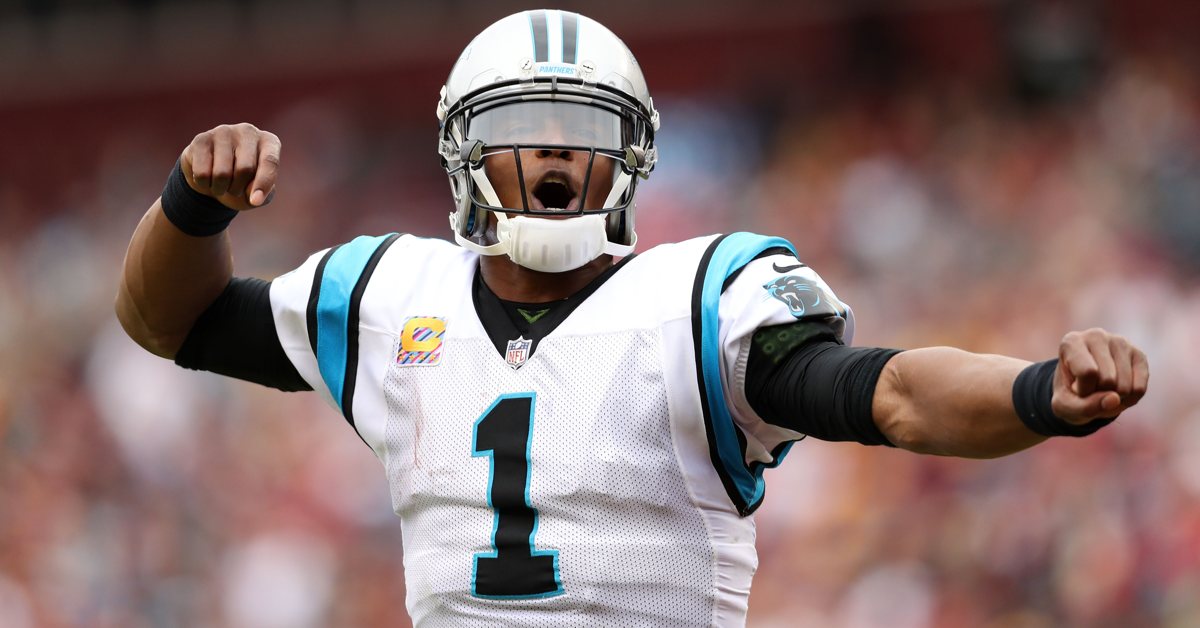 The Bears are off this week, so we can set our football sights on some of the storylines happening around the rest of the league. Disgruntled wide receivers, quarterback failures, quarterback reunions(?), and what the heck is taunting? There’s a bevy of things to discuss around the NFL on the dreary Thursday morning, so let’s get into it.

•   It seems as though the Sam Darnold experiment in Carolina has ended, and thankfully, they waited until after the 2021 NFL Draft to explore these options.

Matt Rhule says the Panthers are ready to explore" any and all options" at the quarterback position.

•   Darnold was drafted third overall by the Jets in the 2018 NFL Draft, but New York traded him to Carolina this offseason after things didn’t pan out in the Big Apple. This season, Darnold has 1,986 yards, seven touchdowns, and 11 interceptions in nine starts with the Panthers. However, the Panthers are 4-5, and Matt Rhule has seen enough of the Sam Darnold experience in Carolina. So could Rhule look to an old friend in Carolina to salvage what’s left of the 2021 season? You better believe he did:

Big-time reunion: The #Panthers are signing former franchise QB Cam Newton after the meeting with Carolina brass today. Thanks to the Sam Darnold injury, Cam is back with the #Panthers.

•   Cam Newton is the most accomplished player in Panthers franchise history. He won an MVP and led his team to a Super Bowl appearance. Things didn’t end well in Carolina. But an unceremonious ending can be made right with Newton’s return. It’s the homecoming story we all need.

•   Odell Beckham Jr. went unclaimed on waivers and is now a free agent and free to sign with any NFL team. But it’s been a few days since he cleared waivers, and the disgruntled receiver is still looking for a job. According to Jeff Howe of The Athletic, as many as six teams remain interested in acquiring Beckham Jr.’s services.

Six teams, including the Patriots, remain in on Odell Beckham Jr., according to a source. Packers, Saints, Chiefs and Seahawks have also been involved. @TheAthletic

•   The Green Bay Packers are a destination that has been much talked about this week, but the Seattle Seahawks, Kansas City Chiefs, New England Patriots, and New Orleans Saints have been involved in the discussion. The Packers make a lot of sense here. Aaron Rodgers’ future in Green Bay is uncertain beyond this season, and they’re in a position to compete for an NFC Championship at 7-2. Adding Beckham Jr. to a wide receiver room that already features Davante Adams would give Aaron Rodgers a boost offensively that could help the Packers reach that goal.

•   If you were wondering what OBJ would look like in some new threads, I found this floating around the Twitters:

•   Before getting too invested in OBJ’s new threads, just know it might take a bit before he makes a decision:

There are teams who are talking to Odell Beckham Jr. that believe the free-agent wide receiver will wait until the games are complete on Sunday before making his final decision, per league sources.

•   Former Bears standout Kyle Long is getting back in the swing of things.

The Chiefs have designated OL Kyle Long to return to practice from the PUP list.

Good to see him back on the field after suffering an injury this offseason.

•   Long returned to practice with Kansas City this week after an offseason injury that temporarily derailed his comeback attempt after retiring for a year. Long last played for the Bears in 2019 but only managed to play four games in 2019 and eight games in 2018. Long’s entire career has been riddled with injury, and the last time he played an entire season was in 2015 when he started 16 games for the Bears.

The #Eagles have signed RB Jordan Howard to the 53-man roster after he gained 71 yards on 17 carries and a TD last week.

•   After reaching his limit of two game-day promotions from the Eagles practice squad, Howard has signed a contract with the Eagles to keep him there for the rest of the season. The former Bears’ running back ran for 71 yards, and a touchdown on 17 carries for the Eagles last week. Howard was traded to the Eagles from the Bears in March 2019 for a sixth-round draft pick and spent one season in Philly before a stop in Miami last year.