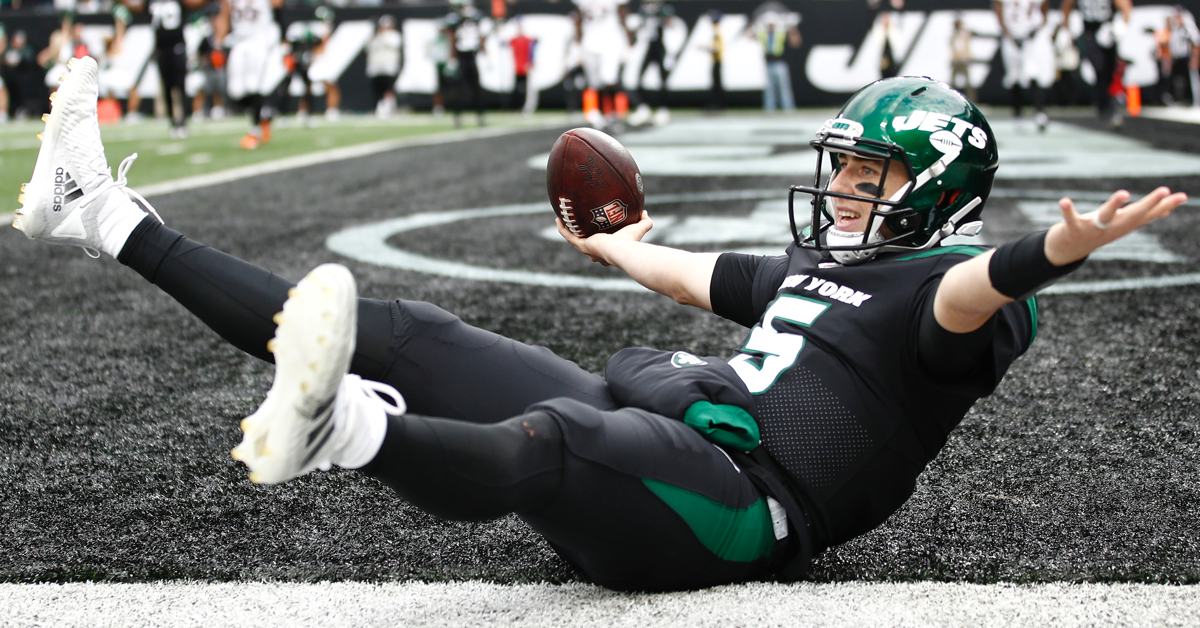 The Staples Center — famed home of the Lakers (and Clippers, too, I guess…) — is becoming crypto dot com Arena on Christmas Day. And now, I’m thinking about what kind of corporate sponsorship will be on the Bears’ next stadium. There’s a good chance it’s going to make me squirm, isn’t it?

•   The Monday Night Football showing by the 49ers was a pretty good effort from Marc Trestman with Yeezys:

Kyle Shanahan was brilliant for the @49ers last night in taking his best player @19problemz and getting him away from the Rams best👏👏 @realrclark25 😤👊🏻@ninersnation @nwagoner @maiocconbcs @theninerswire pic.twitter.com/8tuybimDCh

•   Sometimes, I wish we could personally pass this on to the Matt Nagy-Bill Lazor game-planning/play-calling tag team. Find ways to get the ball in your best players’ hands is an obvious first step. But also, get said player away from the opponents best defender. It all seems so simple.

•   The Niners did a great job in keeping Jalen Ramsey on his toes. They also didn’t run right at Aaron Donald. Heck, they even did a bang-up job on Von Miller. Former White Sox broadcaster Ken “Hawk” Harrelson used to drive home that when you play a team can be as important as which team you’re playing. And with that being said, the 49ers ran into the Rams in a down cycle. Not to say that’s the reason for the MNF success, but I can’t say it didn’t play some part. I’ll be curious to see how the rematch plays out. Better yet, I hope the Bears’ brass can do something similar with their playmakers.

•   Also … I’m getting a kick out of how Kyle Shanahan doing the right thing one time gets him some nice pub. The same criticisms of Shanahan have been laid at Nagy’s feet, too. All the way down to questionable handling of a young, hot-shot rookie QB prospect in favor of a veteran who might as well have one foot out the door. But Shanahan doesn’t get the same public backlash. I suppose Shanahan getting the 49ers to the Super Bowl is the big difference here. But does that mean Nagy loses the tie-breaker because of Cody Parkey? Talk about a bad beat.

•   Speaking of mishandling quarterback situations, the Jets are Jets-ing:

•   Days after Mike White told reporters he should have been the first overall pick in his draft class, the flash-in-the-pan QB threw up a clunker against the Bills. Nothing like backing up big talk with a 4-INT game and 33.4 passer rating. So, between White’s struggles and Zach Wilson not being all the way healthy, it is up to Joe Flacco to take the wheel. This is so Jets-y, I can’t believe I’m surprised it’s happening. Head Coach Robert Saleh really went from hyping White as a starter (over Zach Wilson, even) to not writing off White, only to start Joe Flacco days later. And I thought the Bears’ handling of the QB situation was problematic. Y I K E S.

•   I can’t help but sit and wonder if teams have regrets about passing on Justin Fields. The aforementioned Jets are a mess with their Zach Wilson-Mike White-Joe Flacco trilogy of weirdness. As we made reference to above (and in a recent post), the Niners’ handling of Trey Lance isn’t going well in all corners of that fandom. The Broncos are steady behind Teddy Bridgewater, but calls for Drew Lock have been growing. And the Panthers are turning to Cam Newton after eating money on Bridgewater and paying up in cash and draft capital to bring in Sam Darnold, who were supposed to be the bridge guys after Newton was let go in the first place. All of this should serve as a nice reminder that the grass isn’t always greener.

•   There’s no such thing as watching this too many times:

.@49ers @gkittle46 & @JuiceCheck44 is a helluva good “Tag Team” for Monday Night Raw! Does anyone attack the edges better than this tandem? #BaldysBreakdowns pic.twitter.com/BYaSWv7UnQ

•   Everybody’s got jokes about buying Packers “stock” until AJ Dillon buys enough to force an increase in his playing time at the expense of teammate/fellow running back Aaron Jones:

Bruh I been in line for a hour 😩

•   Are we sure Bears Twitter couldn’t round up enough cash to purchase enough stock and force an Aaron Rodgers trade out of town? Asking for a friend.

•   Love seeing the Bears give back to the community:

.@The_Dream99 spending his birthday at the Boys & Girls Clubs of Chicago handing out meals ahead of the holidays. #Bears pic.twitter.com/a1J7CNw5qF

I was proud to partner with @dunkindonuts and make Every Cup Count Monday. Thanks for your generosity, Chicago! pic.twitter.com/f1bJcORVj4

#Bears RB @TarikCohen partnering w/ @BlackVillageChi to hand out 1,000 free turkeys & meals ahead of Thanksgiving. Tarik said it was great to be out w/ #Bears fans & take a break from rehabbing his knee.Said he’s doing well & loves giving back to the Chicago community #Chigiving pic.twitter.com/H8n4Abkbbx

•   If you’ve been waiting to get a sous vide (who hasn’t!), it’s among your Early Black Friday Deals at Amazon today, together with NFL tailgating gear, carpet cleaners, and more. #ad

•   Sometimes, life gets in the way of stuff. So it was nice to squeeze out another episode of Talkin’ Toros, my first in quite some time:

Ep 52 is up! @SouvenirCity @lcm1986 and @Mphelps11 talk about the #bulls recent success, why AB was wrong on DeMar, and just how good has this defense been? https://t.co/fQbiVHkrHy #BullsNation

•   Well, this is an encouraging trend:

Blackhawks Goaltending Leading Them Out of the NHL Cellarhttps://t.co/NB0akyx2sS

•   I would pay fair market value to see Javier Báez hit dongs over the Monster at Fenway: