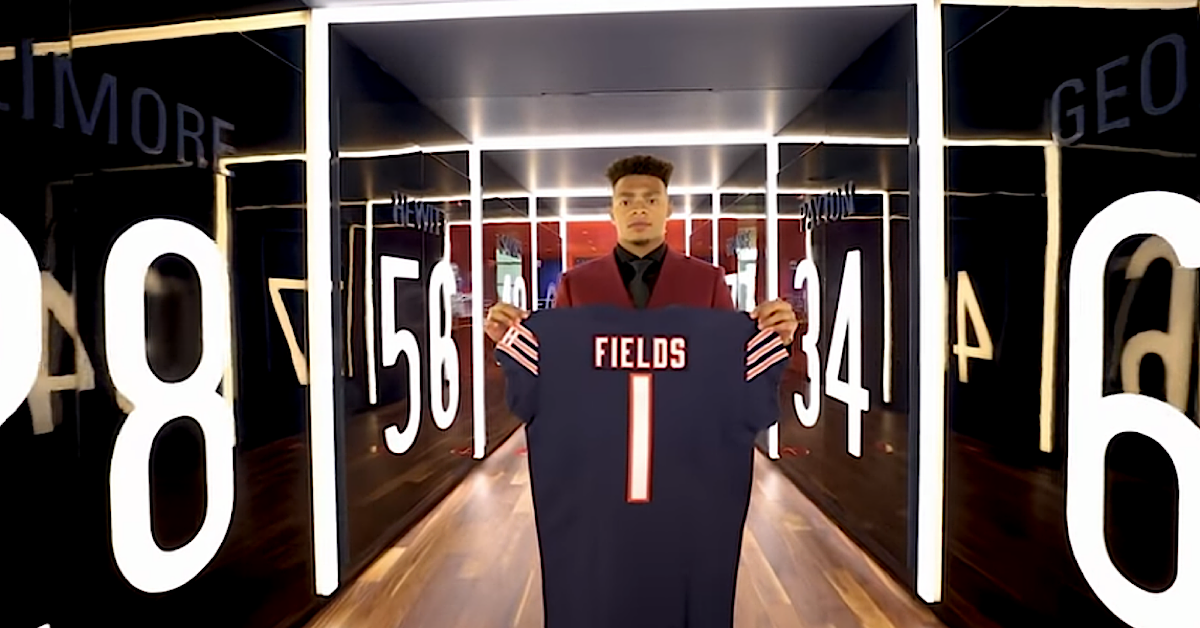 Justin Fields’ recently stellar play has begun to turn the narrative of his rookie season (614 yards worth of offense and numerous dynamic highlight-reel plays will do that for some folks, I guess).

And perhaps, with that in mind, there are some in NFL circles who might have regrets about passing on taking Fields before the Bears could even trade up to take him in the first place.

The MMQB’s Albert Breer says he has spoken to several NFL scouts and discussed how the board would fall if teams were given a chance to re-draft. Breer admits it’s a non-scientific poll. Nevertheless, the results suggest there’s some serious FOMO going on:

"I've heard from enough scouts where it was like, 'the first QB would still be Lawrence, the second would be between Fields and Jones now'."

The consensus Breer gets is that Trevor Lawrence would still go first overall to the Jaguars. That is sensible enough, especially when considering he was the hottest QB prospect going on three years while at Clemson. But it’s that the second QB off the board where things get interesting. Because the vibe is — at least from what Breer is hearing — there would be real debates between Fields and Mac Jones. Fittingly enough, Fields and Jones have looked like the best rookies to this point.

Moreover, the Jets sound like a team dealing with regret.

“Unanimously, the scouts I talked to said: If you re-drafted now, the Jets would probably take Justin Fields,” Breer said, while noting Jones — and not Zach Wilson or Trey Lance — would be the other QB in consideration.

And to think, there was a belief in some circles that Fields was a lock for the Jets. Remember when Field Yates tweeted this?

So, this is how the other side lives?

For four years, Bears fans were given the business when it came to the team selecting Mitchell Trubisky, while passing on Deshaun Watson and Patrick Mahomes in the 2017 NFL Draft. But now, it’s Chicago’s football team on the other side of the coin while other teams have to deal with the possibility of missing on a dynamic talent. Funny how things shake out over time.

To be fair, it is probably still too early to know which quarterbacks are the truth. But still … that regret is already starting to seep into the minds of some feels telling.