It's "Just" a Ribs Injury for Justin Fields Right Now, But More Tests Seem to be Coming Skip to content 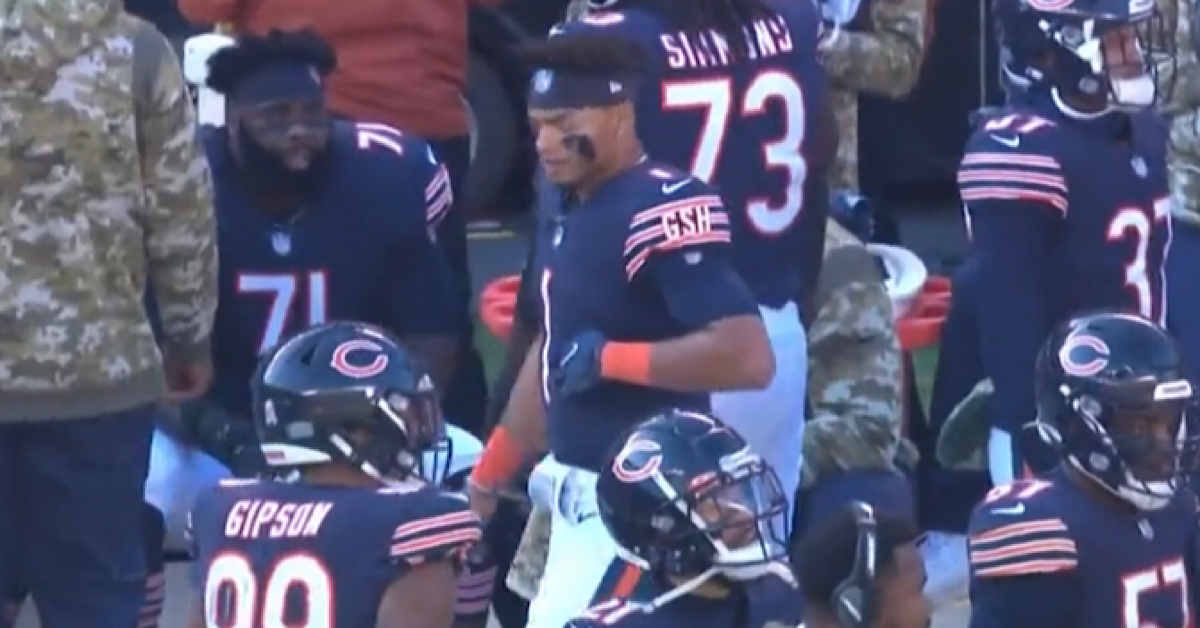 We’re starting to get some clarity regarding Justin Fields’ injury status after Sunday’s loss to the Ravens.

I mean, this is as clear as Bears Head Coach Matt Nagy gets these days:

Matt Nagy asked is it just a ribs injury for Justin Fields:

Nagy would go on to say he doesn’t know Fields’ complete diagnosis. He also said he wasn’t sure if there was an exact play it happened on or an accumulation of things. When discussing Thursday’s quarterback plan, Nagy said, “I can’t rule anything out.” Nagy appears to still be in fact-gathering and evaluation mode. Although, I struggle to believe Nagy isn’t using this to gain some perceived competitive advantage. Not that it’s been valuable or worked in the past. But it’s not as if that has kept him from going through this charade before.

From NFL Now: #Bears QB Justin Fields is not believed to have suffered a major rib injury, but the turnaround for Thursday is very quick. pic.twitter.com/vQHBVRhQjR

I write “relatively” because it’s easy to say when your ribs aren’t the ones going through it. But I digress.

In addition to reporting the belief that Fields avoided a significant injury to his ribs, Rapoport surprisingly adds it is “theoretically possible” for Fields to play on Thanksgiving. Let’s be clear. Rapoport loads that sentiment with caveats galore. He notes the short turnaround, Andy Dalton’s superlative play in a pinch off the bench, and that — on other occasions — ribs injuries turn out to be more severe upon taking a further glance. In that vein, Rapoport adds Fields will undergo more testing. And ultimately, he seems to conclude that Fields is unlikely to play for the Bears on Thursday against the Lions.

Admittedly, Fields pulling off a quick turnaround to play Thursday morning after suffering an injury on Sunday afternoon always feels like a long shot. It doesn’t even seem like a good idea. But because we saw Fields play through serious rib injuries at Ohio State, I’m sure the competitor in him would want to do it again. It’s just that there is no good reason to rush Field back into the lineup. Not for a 3-7 team going nowhere fast. Then again, athletes don’t tend to think in that mindset. They tend to just want to play. This feels like a good time for the coaching staff to protect Fields from himself, which feels dangerous, seeing that the coaching staff hasn’t done anything lately to earn our trust.

You can hear more from Coach Nagy by watching the video below: