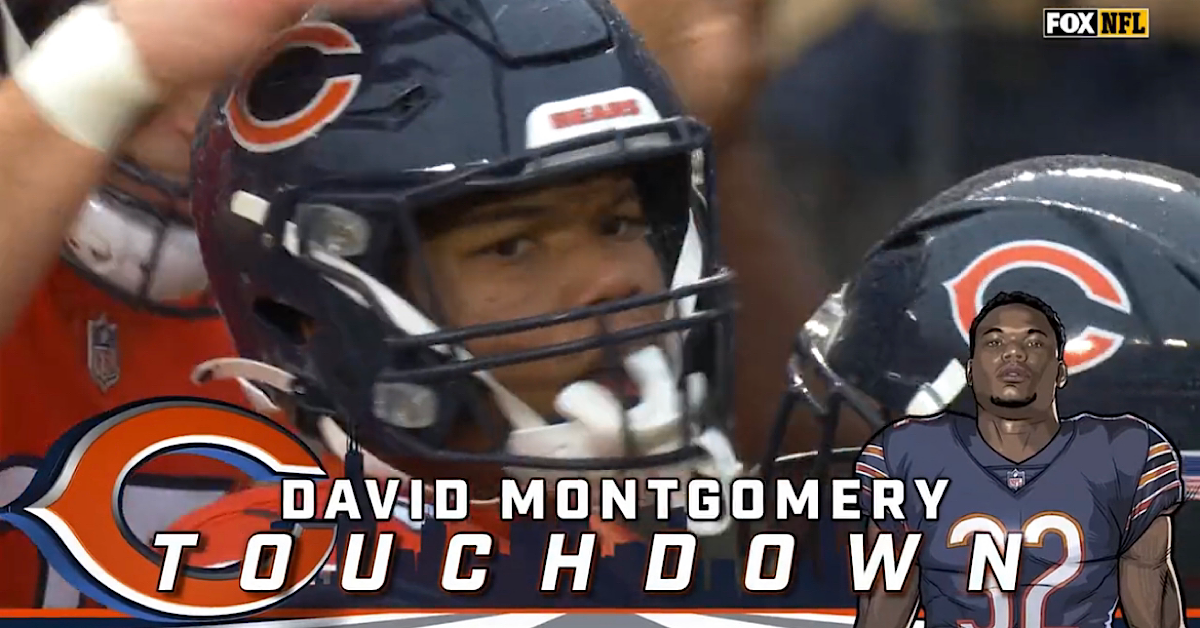 A gritty, grimey game calls for a ton of ground-and-pound action.

And to this point, the Bears have obliged by giving David Montgomery 12 carries in the first two quarters. The result? Paydirt:

Montgomery’s TD cut the Bears deficit in half. After a first quarter where everything that could go wrong, did go wrong, it was nice to see Chicago’s offense respond by putting a touchdown on the board. If only the defense could force a punt…