Oh, Look: David Montgomery Was Back at Practice on Thursday Skip to content 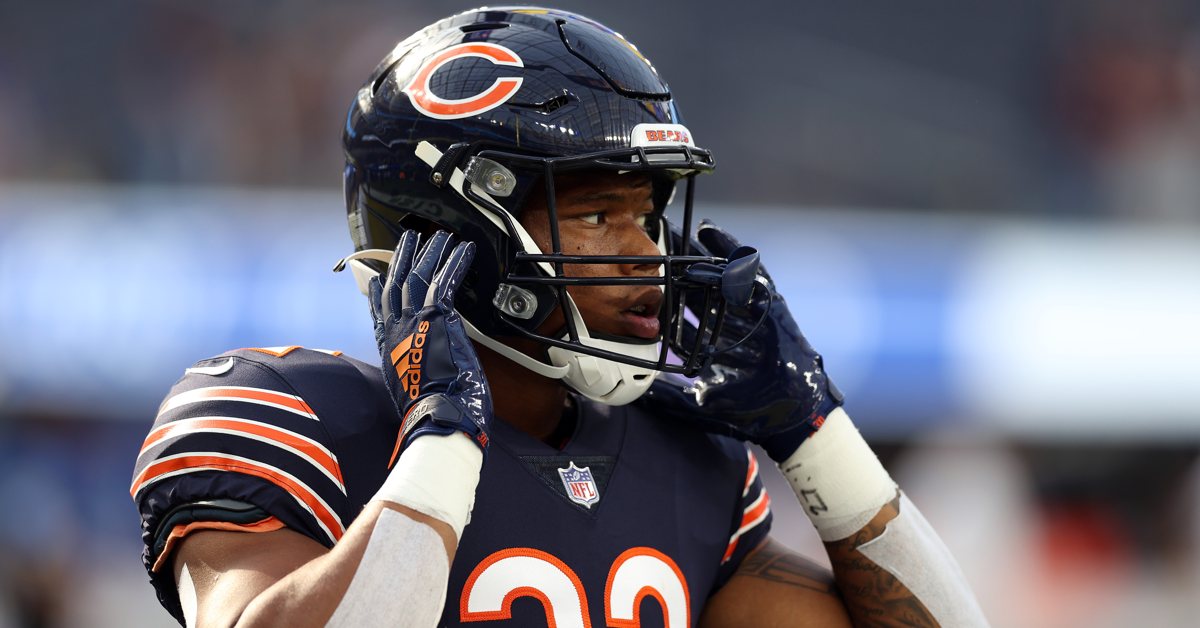 It felt good to see Justin Fields practice in full capacity on Wednesday, but it was totally deflating when news cross the wires that David Montgomery was unable to practice due to shoulder, groin, and glute injuries.

But one day later, positive updates came through:

David Montgomery back in practice for the #Bears Thursday. pic.twitter.com/k8snst9dAW

What a difference a day makes!

Montgomery was back at it on Thursday, practicing (with limitations) ahead of the Bears’ Sunday Night Football showdown against the Packers. Reporter Mark Grote’s clip is a quickie, but still long enough to give off some positive vibes. And at this point of the season, we’ll take whatever good news comes our way. Especially when it pertains to someone like Montgomery, who – in essence – is the Bears’ offensive identity. Not only is Montgomery Chicago’s leading rusher, he is the offense’s best and most consistent offensive contributor. No matter who is running routes or throwing passes, Montgomery is there as Mr. Reliable. And if he is available for the Bears on Sunday, their chances of winning are far greater than they would be if he wasn’t.

Kicker Cairo Santos, defensive lineman Mario Edwards Jr., and linebacker Christian Jones were upgraded to full participation. That’s a step in the right direction. And while defensive lineman Akiem Hicks and receiver Allen Robinson II remained limited, it is still encouraging that neither had a setback. Things seem to be pointing in the right direction. And in Robinson’s case, there is an expectation he will play.

Unfortunately, defensive lineman Angelo Blackson and linebacker Cassius Marsh were both limited with knee injuries. Neither was in Wednesday’s injury report, which is troublesome. Maybe this is a situation where players banged knees and were sat for precautionary reasons? That would be my hope, at least. It’s not as if the Bears fan afford more injuries to a defense hanging on by a thread.

Friday’s injury report figures to give us a better glimpse at who will (or won’t) be available for Sunday’s game. And while it seems inconsequential because of the Bears’ record, there’s a sense that this could be a big one in other ways.